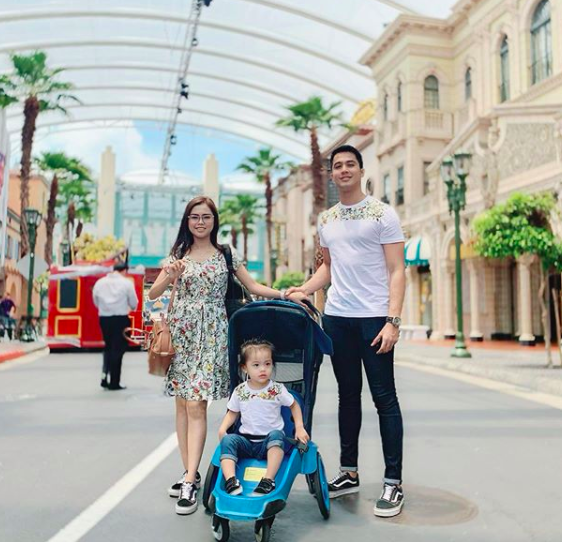 Malaysian singer Bella Astillah says she is proud that her actor husband Aliff Aziz endured two weeks in a jail in Singapore.

The 26-year-old mother of two told mStar that she felt proud of him for enduring the prison sentence in Singapore for theft and disorderly conduct after his release yesterday.

“Alhamdulillah, many people sent their prayers but there were others who claimed that Aliff was stirring up trouble again even though the cases occurred last year.

“I am proud of him for owning up to his mistakes. I think Aliff has received his punishment from the world and he is in the process of improving himself.

“I always tell him to be strong. As a man, he should acknowledge his wrongdoings.

“He didn’t run away from what he did. The case was actually not that serious but since Singapore is very strict, he had to serve the sentence that was meted out to him,” said Bella.

The singer is certain that her actor husband Aliff Aziz is mending his ways after several run-ins with the law.

He also pleaded guilty for getting into a drunken brawl outside Orchard Towers in November that same year.

The 29-year-old was also involved in a slew of extramarital affairs that ended with Bella divorcing him in May 2019, though the couple managed to reconcile their marriage during the iddah period.

They currently have a toddler son and a newborn daughter together, but are currently separated due to the Covid-19 travel restrictions between Malaysia and Singapore.

In an Instagram post on September 17, Bella shared a throwback photo of the family at Universal Studios Singapore and wrote that “(our) beautiful princess can’t wait to meet her daddy.”

Bella Astillah safely gave birth to her second child on Saturday (July 18) but her husband Alif Aziz was not present to accompany her during the birth.

Two weeks after delivering her baby daughter, the singer finally introduced her beautiful bundle of joy for the first time to her followers on Instagram. Bella posted a number of photos of herself with her two children, including her first son Ayden Adrean.

In the caption, Bella wrote, “So precious and small. Welcome to the world, little princess Ara Adreanna.” The 26-year-old continued, “Being a mom made me so tired. But still, I’m happy. I feel blessed, Alhamdulillah,” she wrote. Bella also paid tribute to her mother Eina Astillah for preparing a hand-made dress made especially for the baby the night before the photo shoot.

If U.S. President Donald Trump is struggling with poll numbers that show him behind Democratic contender Joe Biden, he...
Read more