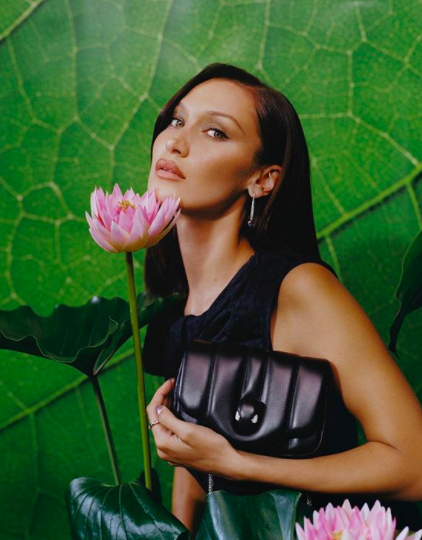 Page Six reported that model Bella Hadid and Duke Nicholson were ‘spending time together since at least late last month’ and a day after that, Bella dispelled the dating rumours.

Bella’s rep confirmed to E! News on Wednesday that the 24-year-old IMG model – who is celebrating her birthday at an unknown tropical destination – is in fact ‘single and not in a relationship’.

Bella reposted on Instagram a checklist of how her ‘goals have changed’ as well as ‘getting married when I am ready’ rather than before age 30 and ‘finding someone who I deeply connect with ‘rather than the most attractive.

Since ending her on/off relationship with three-time Grammy winner The Weeknd in August 2019, Bella has been single. ‘They are in different places right now, physically and mentally,’ an insider said to E! News of their ‘distance’ at the time.’ Bella is prepping for her fashion week commitments and Abel is working on his music and his upcoming acting debut.’

The Savage X Fenty Show catwalker and the 30-year-old Canadian crooner have since bumped into each other twice in Manhattan – backstage at the MTV Video Music Awards on August 30 and her 23rd birthday party in 2019.

‘They played it cool [at rehearsals],’ a source exclusively told DailyMail.com at the time.

‘They crossed paths with each other – same place, same time – and appeared to be on good terms.’

Duke Nicholson, the 21-year-old Us actor that is linked to Bella is the grandson of three-time Oscar winner Jack Nicholson and his ex-wife Sandra Knight. Duke (born Norfleet) is famous for appearing on the cover of six-time Grammy nominee Lana Del Rey’s sixth studio album, Norman F***ing Rockwell.

On February 15, filmmaker Nicholas Jarecki wrote that he was putting the ‘finishing touches’ on his opioid thriller, but there is no release date likely due to the coronavirus pandemic.