Biden says opposed to debate if Trump still has Covid-19 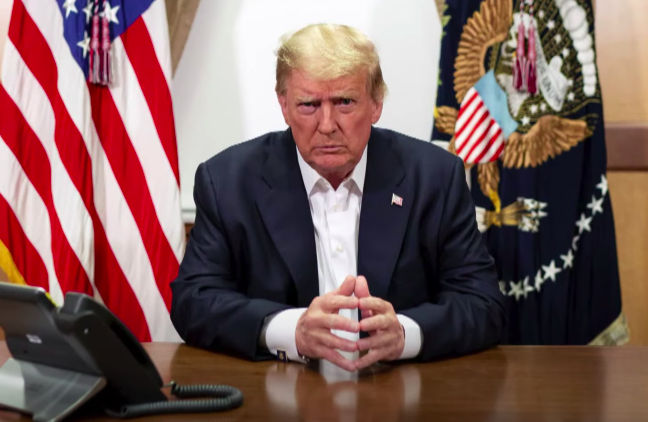 Democrat Joe Biden said Tuesday he would be opposed to debating Donald Trump next week as scheduled if the US president is still sick with Covid-19, saying he would want to follow health guidelines.

“I’m looking forward to being able to debate him, but I just hope all the protocols are followed,” Biden, 77, told reporters as he returned from a speech near the Civil War battlefield site in Gettysburg.

Trump, 74, announced early Friday — two days after his first debate with Biden in Cleveland — that he had tested positive for the virus.

The men are scheduled to square off again on October 15, but Biden said: “If he still has COVID, we shouldn’t have a debate.”

The Centers for Disease Control and Prevention guidelines say people who test positive for the virus should stay home for at least 10 days after symptoms first appear, while people who become severely ill might need to stay home for up to 20 days.

“It’s a very serious problem, so I will be guided by… what the docs say is the right thing to do,” Biden said.

Trump has given no indication he would bow out due to his health, saying in a tweet that he is “looking forward” to the next debate.

“Jail the bankers,” experts urge in the wake of FinCEN

The International Consortium of Investigative Journalists exposed the FinCEN Files, bringing to light how banks and regulators have failed...
Read more