EntertainmentCelebrityBlackpink’s Jennie and BTS’s V rumoured to be dating

Blackpink’s Jennie and BTS’s V rumoured to be dating 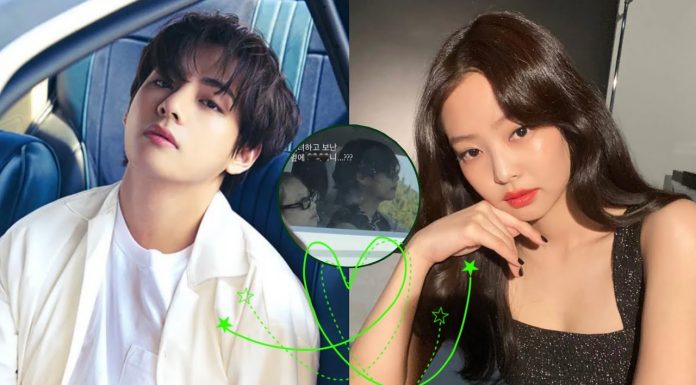 Superstar dating may or may not be going on if the rumours about Blackpink’s Jennie and BTS’s V aka Kim Tae-hyung are anything to go by.

A photo of the duo on Jeju Island has been circulating online leading to speculation that they are in a relationship.

The authenticity of the alleged photo of the two of them in the car is also being questioned with netizens divided on whether or not it is a real photo and not a doctored one.

Some are saying that the picture has been edited from In the Soop featuring V and j-hope.

Others say they are wearing different outfits and Jennie owns the very same sunglasses in the picture. Some claim that it is impossible to edit the photo as the environment is reflected in Jennie’s sunglasses. Fans also claim that V’s hairstyle, sunglasses and clothes are vastly different from the photo with j-hope.

When reached out for a response by news outlets, Jennie’s agency YG Entertainment briefly commented, “We have nothing to say [regarding this matter],” and added, “We will inform you if we have a different response to share.”

V’s agency BIGHIT MUSIC did not comment at all regarding to the rumors.

This isn’t the first time that V and Jennie are being linked to each other. After BTS members, RM, Jimin, Jin, V, Jungkook, J-Hope and Suga, made their Instagram debut, V made news for following Jennie from his account.

Jennie has been rumoured to be dating Bigbang’s G-Dragon in the past. Though the singer never confirmed or denied the rumours, reports later claimed that they spilt up after G-Dragon’s private Instagram account unfollowed Jennie on the platform.

They were said to have been secretly dating for almost a year. Rumour has it that they even met in private at G-Dragon’s penthouse residence in Seoul’s Hannam-dong district.