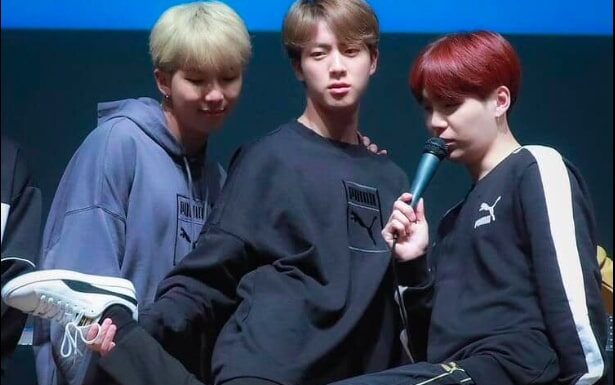 Seoul — It was reported on Dec 24 last year that BTS member Suga tested positive for COVID-19. Two other members of BTS, RM and Jin also contracted the virus around the same period.

RM, Jin and Suga were diagnosed with the virus after their return to South Korea following BTS’s first pandemic-era US concerts. Suga has been fully vaccinated, and he underwent self-isolation once he returned to South Korea. The singer did not experience any “special symptoms” during the time his diagnosis was announced.

On Jan 3, BTS’ agency BIGHIT Music announced that Suga has recovered fully from COVID-19. The following day, it was announced by the agency that all three out of the seven members of BTS have recovered from the coronavirus.

According to a report by Soompi, RM and Jin tested positive on Dec 25. They completed their quarantine on Jan 4 and has recovered.

RM and Jin were staying at home for the past ten days since Dec 25. The BTS members are now able to return to normal life. It was reported that none of them suffered from any particular symptoms during their self-isolation. Initially, Jin had a slight fever, but he has since recovered from that.

BIGHIT Music released a statement saying that they will continue to put the health of the artists as a priority and to follow healthcare guidelines.

On the comments section of the announcement by a fan page, fans left heart emoticons.

In other news, the agency shared on Twitter that the boy group is currently on an extended break for the first time since 2019, following their four sold-out headline shows at Los Angeles’ SoFi Stadium and their appearance at iHeartRadio’s 2021 Jingle Ball Tour stop in Los Angeles.

There was no official word on when the group would return to work, but their label did confirm that they would be rehearsing for March live shows in Seoul and working on a new album in the near future. /TISG