The Academy Award-winning actress Brie Larson has had a successful year with the record-breaking box office success of Captain Marvel and Avengers: Endgame.

The actress seems to have a new love in her life with photos showing the Captain Marvel star kissing Elijah Allan-Blitz in Calabasas, California.

Brie Larson and Allan-Blitz were spotted together while shopping for groceries at Erewhon.

Allan-Blitz guest-starred in The Shield, and short films such as Full Ride, Envoy and In This Life. He also worked as a virtual reality director for TIME magazine.

The two were first spotted together in late 2015.

Larson was previously engaged to Alex Greenwald before the couple called off the nuptials in early January.

Avengers: Endgame will be released on 4K Ultra HD, Blu-ray, and DVD on 13 Aug.

In 2013, Larson dated Alex Greenwald, a musician and lead singer of the band Phantom Planet.

The couple previously lived together in Hollywood Hills, Los Angeles.

Larson credited Greenwald for creating a safe space for her and for empowering her to take  risks in her work.

He joined her at numerous awards seasons events while they were dating when Larson received recognition for the 2015 thriller Room.

She even gave Greenwald a shout-out while accepting the Academy Award for best actress at the 2016 Oscars.

“Jacob Tremblay, my partner through this in every way possible,” she said of her Room costar. “My real partner, Alex Greenwald, I love you.” 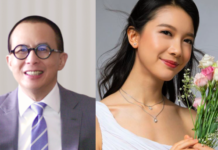