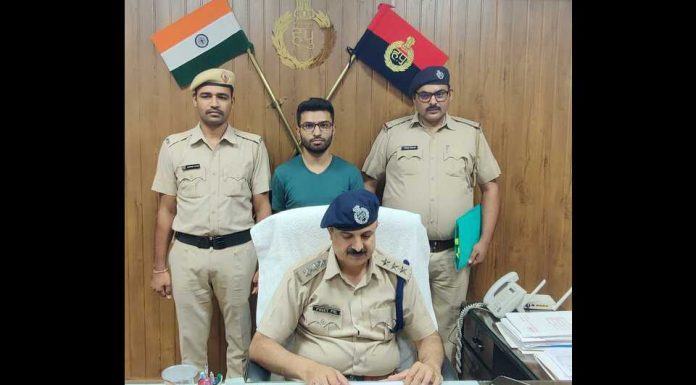 Police said the fraud came to the fore after a woman, a resident of Golf Course Road, complained that a man duped her after befriending her on social media

India, Aug. 5 — Police on Wednesday arrested a 25-year-old man from Sector 43 for allegedly duping over 300 women, most of them working as cabin crew with private airlines.

The suspect was identified as Hemant Sharma, a resident of Gangtok, Sikkim. Police said he moved to Gurugram two years ago and took an apartment for rent and started duping women after pretending to be an airline pilot.

Preet Pal Sangwan, the assistant commissioner of police (crime), said Sharma admitted to the crime during questioning and also revealed that he has two years of experience working as ground staff at the Bangalore airport and as a front office executive at a five-star hotel. “He was no longer interested in working and wanted to earn easy money. He created over 150 fake profiles on social networking sites pretending to be a pilot and started sending friend requests to women cabin crew executives,” he said.

Sangwan said after befriending them, he would send them small gifts and flowers but would never meet them in person. “Sharma spent more than two months on developing relationships and then started duping them by pretending to get stuck in a hotel as he lost his credit card, or that someone pickpocketed his wallet, or by claiming that the bank blocked his accounts citing verification after he reported a theft.

Sharma used to change his mobile number every time he duped a woman and informed the others that he had to buy a new SIM as his mobile phone was stolen, said police. He had used over 100 mobile numbers so far and had bought more than 5 dozen SIMs before leaving from Bangalore, said police.

Police said the fraud came to fore after a woman, a resident of Golf Course Road, complained that a man duped her of Rs.1.2 lakh after befriending her on social media posing as pilot. A case was registered at Cyber police station, East under sections 420 (cheating), 419 (impersonation) and section 66 of Information Technology act in June, said police.

The police have recovered a debit card, mobile phone and two SIM cards from Sharma’s possession.

Bijendra Singh, station house officer of Cyber police station, said it took time to verify the details and after getting the IP address they tracked the location and raided the apartment and arrested Sharma. “Sharma had amassed over Rs.25 lakh this year alone and so far, we found him to be involved in over 300 cases. We are verifying his bank accounts to establish the exact amount of money that he managed to make by duping women,” he said.