Asia Singapore CNB officer sentenced to 5 years in prison and $4,000 fine for...

CNB officer sentenced to 5 years in prison and $4,000 fine for beating drug offender to extract confessions 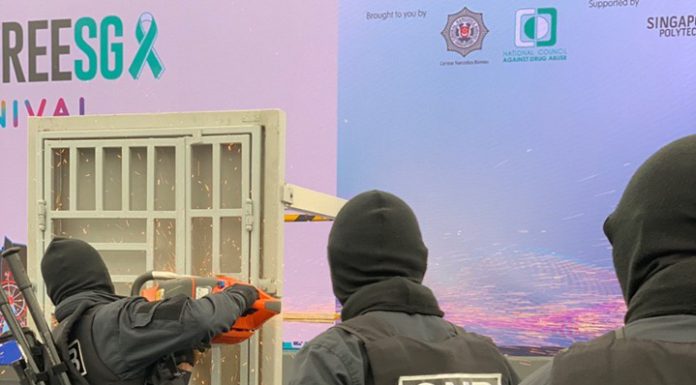 A former Central Narcotics Bureau (CNB) officer who beat and kicked a drug offender to extract a confession was also found to have drunk and abused a police officer. After considering all the charges, the judge sentenced him to five years in prison and a fine of $4,000.

The judge also ordered the ex-CNB officer to pay the victim, the drug offender, $4,500. However, the accused was unable to pay the fine and restitution and was sentenced to 10 days and three weeks in jail instead.

Former CNB officer Vengedesh Raj Nainar s/o Nagarajan, 35, confronted Malaysian drug dealer Sivabalan (34) in the toilet of CNB Office at Woodlands Checkpoint on January 2, 2017 to force him to plead guilty to drug smuggling. He was convicted last month of three counts of assaulting another by threatening to confess to a crime.

When the judge handed down his sentence today (April 29), he pointed out that the defendant had been working in the CNB for about six years at the time of the incident, and should have known that he should not beat prisoners to extract confessions. The officer’s conduct will affect the confidence in the system.

According to the prosecution’s closing statement, the defendant smelled of alcohol when he went to work on the day of the crime, and he had apparently drank alcohol. He also hid a beer can in a paper bag and continued drinking in order to avoid the office’s electric eyes. The judge said he was obviously unlawful.

In addition, the defendant deliberately chose to commit the crime in the toilet to avoid the being captured by CCTVs, and kicked the victim with steel-toed shoes, which may cause more serious injuries.

The defendant’s lawyer pleaded for mercy, saying the victim’s injuries were minor, that the defendant did not use weapons and that the offense was not premeditative.

The lawyer also said that the defendant has served in the CNB for 11 years, and has performed well and won awards many times. However, the prosecution countered that the defendant committed crimes while on duty, which contradicted this statement. He abused the authority of the CNB officer and damaged the reputation of the Office. The prosecution therefore urged the judge not to use these factors as mitigating factors.

Since the victim, Sivabalan Kanniappan, is a foreigner serving a long-term sentence in prison, the prosecution argued that it is more difficult for him to take a civil lawsuit and urged the judge to order the defendant to compensate the victim.

The accused this morning also pleaded guilty to two other charges previously set aside. The Court heard that the defendant started drinking below a HDB flat with his friends on the afternoon of March 14, 2020, and did not stop during the alcohol curfew period at night. The drunk defendant saw two police officers approaching them to persuade them to leave, but he swore at the officers and was arrested on the spot.

The defendant, who appeared in court accompanied by his family, appeared calm when he heard the verdict. He will start serving his sentence in two weeks.

Vengedesh had been suspended from his duties since October 5, 2019. Following the sentencing, the defendant will also face the disciplinary action of being expelled from CNB.