AsiaMalaysiaDual-citizenship as a growth engine

Dual-citizenship as a growth engine 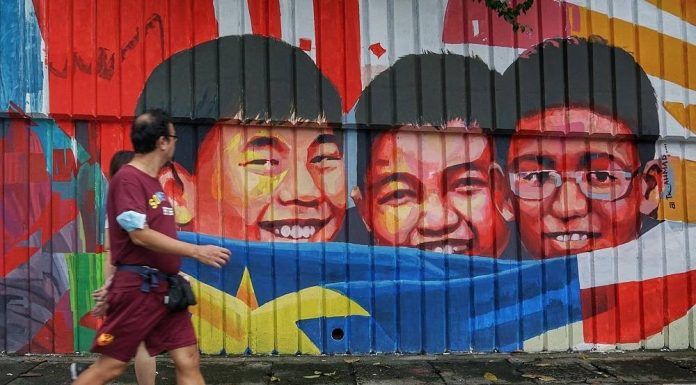 Kuala Lampur, Sept. 1 — The last time Argentina played Spain in an international football match in 2018, though a friendly, did not end well for the South Americans, losing 6-1 in Madrid.

The Argentinian legend Lionel Messi was not in the line-up, but if the captain was would his loyalty be divided? For Messi is also a Spanish citizen and lived most of his life in Barcelona.

How do the travails of rich professional footballers intersect with Merdeka and Malaysia? That dual-citizenship might be a way to deal with our economy’s challenges, especially in relation to the brain drain situation.

It is 2022, and perhaps the right time to re-evaluate how we look at citizenship and its utility to current Malaysia.

The single biggest impediment to a healthy discussion over dual-citizenship is Malaysia’s historical fixation with demographical “balance.” In the post-Second World War era leading to the 1957 Merdeka there were huge concerns about citizenship. Citizenship for all would mean the non-archipelago migrants would outnumber the Malays.

Several years later, the demographical “balance” was critically examined, to ensure the formation of Malaysia does not destabilise old Malaya’s power play through race numbers.

It was concluded, Borneo’s population would neutralise the predominantly Chinese Singapore in the new federation. At least that’s what Malaya’s first prime minister was convinced by his advisors.

From the get-go Malaysia has been ultra-sensitive about citizenship. Our stability is ordained by an acceptable ratio of Bumiputeras. The National Registration Department is the gatekeeper to ensure citizenship is in line with the political ambitions of the parties in power.

The world has shrunk and mobility is the norm.

Malaysia has a diaspora around the world, most of them in the major metropolises. Dual-citizenship is a sensible method to retain linkages with those Malaysians.

Of course, the question would be, do we need them? Today, the value of a nation is based on its most valuable resource, its people. To not put an effort to retain our talent is criminal in the present climate.

If a highly prized individual opens a technology firm in Rawang, and employs 100 persons, does it really matter whether the person has more love of his adopted country rather than his home country? More importantly, as while having the rights of citizenship even though he resides in Melbourne, he feels more secure and welcome to open shop here. As long as one has a Malaysian passport one has a basis to return since this will still be home, legally.

The more qualified and talented a person is the likelier he or she is offered multiple citizenships. Malaysia’s insistence on exclusivity forces our talented citizens into choosing to forego opportunities elsewhere or worse to give up their Malaysian passport.

It does not shut out future options.

India’s growth in the last 40 years is related with its diaspora in the United States; in the technology industry. Indians who have moved to the US have become conduits to business and opportunities in both directions.

While India does not offer dual-citizenship, it has cheekily switched the game to its benefit. Those with Indian bloodlines anywhere in the world can apply to become People of Indian Origin (PIO). They have all the rights of citizens except to buy agricultural land or vote. They can work or study without a visa, buy a condominium and own a business.

It sees the vast advantages of keeping them invested in the country even after procuring other citizenships.

This is a possible option for Malaysia, in case the political dimension finds the idea too objectionable. To offer former Malaysians special terms like the Indian PIO. This will be quite attractive for Malaysian-born Singaporeans, especially.

A lot of people from around the world arrived here a while back, made a life here, and called Malaysia home.

They offer economic options to Malaysia and most readily want to pick up a Malaysian passport if they do not have to give up their present one.

We crossed the Rubicon to a degree when we naturalised footballers in the last five years. In these instances it was to tap talent to benefit Malaysia.

It would alter the population dynamics, however the gains would quickly dwarf the social changes. After all, more and more regional migrants with low skills acquire Malaysian citizenship, and on that cue it would not demonstrably hurt Malaysia to get more higher value individuals via the dual-citizenship pathway.

The level of commitment exhibited when one has only a temporary work permit versus citizenship is enormous.

Would they return to live in their country of birth? Maybe. But when compared between a sunny day in Seremban to a usual wet winter day in Newcastle, the odds are in our favour.

This is about one of the best places in the world to live in.

The what ifs about dual-citizenship

The usual arguments of loyalty would be floated. What if Malaysia went to war with the United Kingdom, for whom should a Malaysian-UK passport holder carry a gun for? Other than being quite fringe, the nature of the question seems to ignore present realities. This is a world where mobility is the norm, home as we know it is a persistent debate for all.

Most instructive in the dissection, citizenship is a tool for advancement, both for the individuals and the countries involved.

In that 2018 match, Spain also had two Brazilians who scored, Diego Costa and Thiago Alcantra. The former naturalised after years in Europe and the latter born in Europe with a father who won the World Cup with Brazil.

The world’s nations have different conditions to deal today with but most of them involve talent. It is foolish to ignore the advantages of dual-citizenship.

*This is the personal opinion of the columnist.