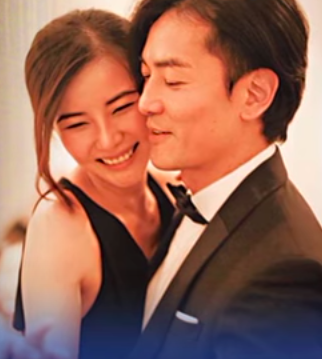 When you have been together with your partner for a while, there may be some things you can say that would not get you in trouble. On October 4, former TVB actress Yoyo Mung updated her social media account with a conversation she had with her husband, Hong Kong singer-actor Ekin Cheng while having a meal to celebrate his 53rd birthday and it is a surprise that Cheng is still in her good books.

In Mung’s post which had a snap of a bowl of wonton noodle soup, the 47-year-old shared that during breakfast she was thinking of whether to eat toast with butter and condensed milk too. Mung was worried about getting fat so she asked Cheng, “What if I become a fei po (fat woman) in the future…”

Just before Mung could finish her sentence her husband quipped, “It’s not the future. It’s already like that.” Luckily for Cheng, Mung did not get angry at him and she let him off the hook saying that it was because it was his birthday. “You’re amazing,” she wrote in her post. “You can talk like this for one day a year. Happy birthday.” Would she have done something to Cheng if he had said it at another time?

This funny anecdote charmed netizens and they gushed about how Cheng and Mung are like an old married couple. The couple got married in January 2013 and they usually keep a low profile when it comes to their relationship so this story is a rare treat for fans. Previously Mung was scrutinised by the media and netizens for looking ‘bloated’ during an outing with Cheng and some friends. They speculated that it could be the easy-going lifestyle Mung has been enjoying, after leaving TVB the year she got hitched, she had only taken on a couple of drama roles.

As for Cheng, his workload has also lessened over the years. However, there is no need for concern when it comes to their financial situation.

Thanks to Cheng’s real estate investments, he is estimated to have a net worth of over HK$160mil (S$28.1mil), with properties all over Hong Kong that have doubled or even tripled in value over the years. Their own house in the upscale Repulse Bay area, which they bought in 2007 for HK$28mil (S$4.9mil), is now said to be worth HK$65mil (S$11.4mil).

It is no surprise then that the couple can enjoy overseas vacations and casually decide to build a three-storey holiday villa in the idyllic countryside.