Lee Li Lian, ex-WP MP for single member constituency of Punggol East said that she fears that Singapore may end up not having any alternative voices in Parliament. 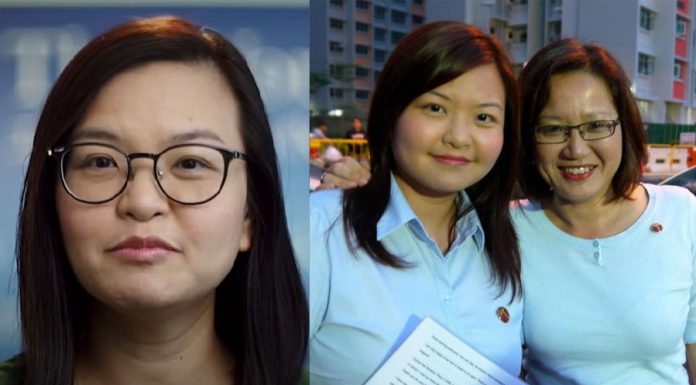 Former Member of Parliament (MP) Lee Li Lian took to Facebook after a long hiatus from the social media platform to express fear that the opposition in Singapore may be decimated due to the actions of the Committee of Privileges (COP).

The ex-WP MP said, “the recent state of events surrounding the recommendations from the COP with regards to former MP Ms Raeesah Khan and the leadership in WP, prompted me to post this.”

“I joined the The Workers’ Party (WP) in 2006 and had never (looked) back. It was never my intention to stand as a candidate. My main reason for joining was (so that) everyone can play their part in moulding the politics we want in Singapore and there is nothing to be fearful about.”

She added, “Till today, I still talk openly about my political affiliations because there is nothing to fear. But now I fear. I fear not because of my affiliation. I fear that interested individuals who want to serve or make a difference in whatever ways, are thinking twice and getting turned off. I fear we may end up not having any alternative voices in Parliament.”

The parliamentary committee of privileges (COP) yesterday (10 February), concluded that the leaders of WP also lied in relation to the complaint against Ms Raaesah Khan. The committee recommended that Mr Singh and Mr Manap be referred to the public prosecutor in relation to Mr Singh’s conduct before the committee and Mr Faisal’s possible contempt of Parliament for his refusal to answer “relevant” questions.

In the lead-up to the last General election, the ex-WP MP said that she joined WP to show that there is nothing to fear in supporting the opposition.

“I joined the WP for many reasons but the most significant one was to show the rest there is nothing wrong in standing with the opposition. There’s nothing to fear,” she said in a video published by the WP.

Ms Lee added in the video: “I hope to see more Singaporeans interested in politics, in things that affect them. And not to feel that there’s nothing much they can do. Everybody has a part to play.”

With a background in finance, Ms Lee joined the WP’s Central Executive Committee (CEC) in 2008 after some time volunteering on the ground. Since 2014, she has been the Organising Secretary on the party’s Executive Council.

In the 2011 General Election, Ms Lee was fielded for the first time and stood as WP’s candidate in Punggol East SMC – a ward that was part of the neighbouring Pasir Ris-Punggol GRC in the election prior. Although she lost to the ruling party incumbent Michael Palmer, who was later made Speaker of Parliament, she garnered an impressive 41.01 per cent of votes – a remarkable feat for a fresh face standing in a single member ward.

In December 2012, however, Michael Palmer resigned from his parliamentary posts due to an extra-marital affair and his ward was left vacant.

In the ensuing by-election, Ms Lee was picked as the WP’s choice to contest the ward and she faced a rare four-cornered contest, with new PAP candidate Koh Poh Koon – a colorectal surgeon who had just joined the PAP three months prior – and two other opposition parties joining the fray.

Ms Lee emerged the victor at the polls with 54.50 per cent of the vote in January 2013 and became the first female opposition politician to control a single member ward in Singapore’s history. The win also marked the second time since 1981 that the WP had captured another parliamentary seat after a by-election.

Ms Lee was fielded to defend her seat in the 2015 General Election, which was held months after Singapore’s founding Prime Minister Lee Kuan Yew passed. The PAP fielded six-term MP and Deputy Speaker of Parliament Charles Chong in Ms Lee’s ward and the WP was narrowly defeated with 48.24 per cent of the vote compared to the PAP’s 51.76 per cent.

The ex-WP MP was offered a Non-Constituency MP (NCMP) position by-virtue for being the best-scoring losers of the election, she declined the offer and the seat went to the WP’s candidate for East Coast GRC, Daniel Goh.

Lee did not contest in the 2020 general election. She has been an appointed member of Sengkang Town Council since 20 August 2020.