AsiaMalaysiaGuan Eng: DAP will never work with traitors for GE15

Guan Eng: DAP will never work with traitors for GE15 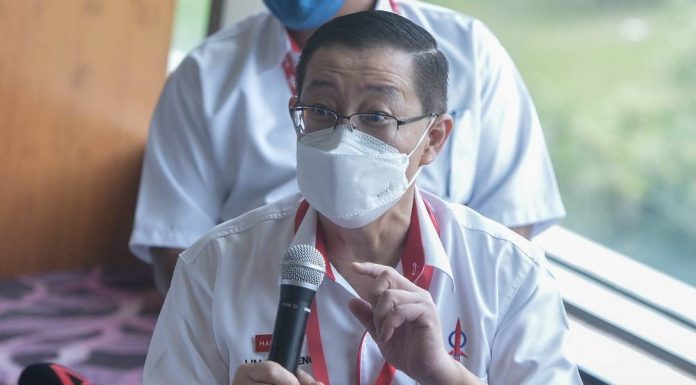 DAP national chairman Lim Guan Eng said that the party will not consider any proposal to cooperate with parties or individuals whose betrayal of Pakatan Harapan (PH) led to the coalition’s fall from power in 2020.

Lim told online news portal Free Malaysia Today (FMT) that nothing would sway the party from its position although some quarters believed all opposition parties must cooperate to defeat Barisan Nasional (BN) in the 15th general election.

Lim added that they will not take the “win-at-all-cost” approach, referring to the parties or individuals who took part in the Sheraton Move.

“How can DAP work with individuals who worked with Datuk Seri Najib Razak to cause the PH government to fall? It will be the same as working with BN,” he told FMT.

Lim pointed out that many DAP supporters would not be able to accept the idea of PH working with certain leaders from the Opposition because of the racial and religious arguments they used when planning for the Sheraton Move.

When asked if he agreed it would be an insurmountable challenge or PH to fight BN and Perikatan Nasional (PN) at the same time, Lim said DAP will rather stick to their principles.

“We are taking a stand against the politics of treachery and betrayal. We are prepared to face the consequences by not sacrificing our integrity and principles on this matter,” said Lim.

Sheraton Move refers to Bersatu, PKR’s Datuk Seri Azmin Ali and his followers defect from PH which caused the downfall of the then ruling coalition.

The people’s elected coalition was in power for 22 months before the infamous developments that happened in February 2020.