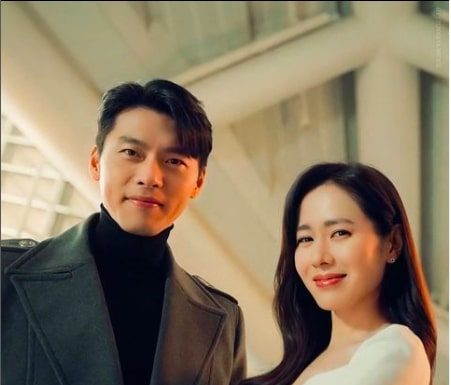 The cast members of the Korean drama series Crash Landing On You On November 27, Hyun Bin and Son Ye-jin welcomed their first child, a baby boy.

The baby was due in December, according to K-Media, so the couple was taken aback by the baby’s arrival. The good news was confirmed by the management agencies of Hyun Bin and Son Ye-jin. Son’s agency, MSteam Entertainment, confirmed that the mother and child are doing well.

“Today, son Ye Jin gave birth to a baby boy.” “Both the mother and the child are fine,” the agency said in a statement.

According to JTBC reports, the 40-year-old mother is recovering at Yeoksam Seoul’s postpartum care center. According to South Korean media, Hyun Bin missed his son’s birth because he was filming in Mongolia.

Based on a film industry official, Hyun Bin returned to Korea after the filming of Harbin wrapped on November 26. The actor is currently back at home with his wife and son.

Hyun Bin and Son got married in March 2022 and announced in June that they are expecting their first child together.

“A new life has arrived for us,” Son wrote on her Instagram account at the time. “It’s still hard for me to believe, but changes to my body tell me every day that it is true.”In a film promotion event in September, Hyun Bin also said, “It still doesn’t feel real (that I’m going to be a father), but I think I need to live a better life … it is such a huge blessing, so I’m waiting with good expectations.”

Zachary Knowles is getting cozy and going steady with this new era of his artistry. With over 70M global streams, 1M+ monthly listeners on Spotify, and a dedicated fan base of 100k+ across social media, Knowles invites listeners into his world through his unique ability to connect with fans through his touching records, telling his story the only way he knows how. Goalie will be released Oct. 14, 2022. He also made revelations in relation to mental health issues.