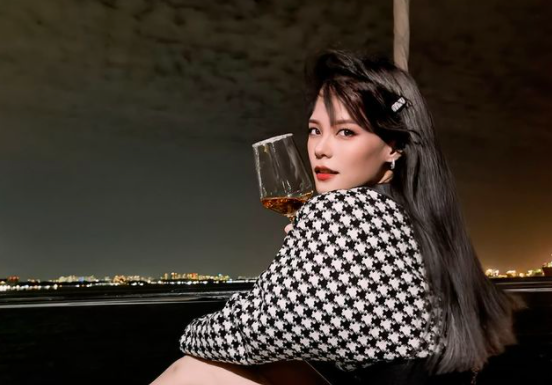 Singapore — After a rough ride following a Moderna Covid-19 booster jab, actress Hayley Woo says she’s doing better and thanks the people who reached out to express concern for her wellbeing.

In an Instagram Story on Thursday (Jan 20), the actress posted a photo of herself sans make-up but smiling.

“Hi guys…” she wrote. “I’m feeling better now. Just woke up with a bad headache. Thank you for all the DMs and concern!” Ms Woo, 30, whose twin is actress Jayley Woo, had said in an Instagram post on Sunday (Jan 16) that she would be “MIA-ing for a bit” as she was scheduled to have her booster shot the following day.

“Have y’all taken yours?” she added.

But the jab apparently hit her hard enough that she needed to see a doctor because she felt so awful.  The doctor told her, she said, that she had low blood pressure, malnutrition, dehydration and a low red blood cell count.

“Honestly, I think I really underestimated the side effects from Moderna. Ate Panadol when I had fever and body shivers for two days.”

On the third day after the booster,  she said, she felt “fine” and decided to go out for breakfast.

But suddenly her chest felt tight and  she felt it was “hard to breathe, vision was blurry and blacking out”.

After that scare,  she now knows she needed to rest, hydrate and eat more.

“Take care everyone,” she added. “Health really is the most important at this age. Go do a fully body checkout. Understand your body. Prevention is key.”

Covid-19 vaccine and booster side effects

The World Health Organization cautions that it is “common to experience some mild-to-moderate side effects” after receiving vaccines “because your immune system is instructing your body to react in certain ways: it increases blood flow so more immune cells can circulate, and it raises your body temperature in order to kill the virus.”

The most common side effects after a Covid-19 vaccination have been site pain, fever, fatigue, headache, muscle pain, chills, nausea and diarrhoea. Most of these side effects disappear within a few days.

The reported side effects from booster shots, such as those that Ms Woo experienced, are similar. By and large, the side effects are said to be mild to moderate, with serious side effects occurring very rarely.