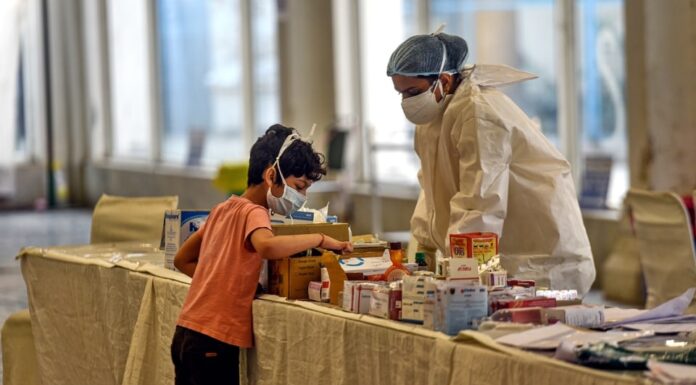 For the fifteench consecutive day, recoveries continued to outnumber the daily new cases as 259,459 people were recuperated from Covid-19 over the last 24 hours, it also showed.

The recovery rate has increased to 90.34 per cent, while the weekly positivity rate currently at 10.42 per cent, as per the health ministry figures.

India crossed the grim milestone of 20 million infections on May 4 this year.

The second Covid-19 wave in India is now on the “downswing,” the Centre said on Thursday, highlighting that the current number of active cases is still “very high” and advised states and Union territories (UTs) to not let down their guards.

The Centre also stressed that any relaxation of curbs by the states and the union territories(UTs) may be considered at an appropriate time in a graded manner.

In a fresh directive from the Union ministry of home affairs, the Centre directed the states and UTs to continue the ongoing Covid-19 guidelines till June 30. It also asked them to go for intensive and local containment measures in districts with a high number of cases to check the spread of disease.

Meanwhile, India is considering Pfizer’s request to grant it indemnity from costs relating to severe vaccine side-effects, adding that the company had signalled the availability of its Covid-19 shot, possibly from July. “We are engaged with Pfizer because they have indicated availability of … certain volume of vaccines, in the coming months, possibly starting in July,” V K Paul said in a press briefing.

The government is also in discussions with Johnson & Johnson and Moderna.

Centre scrapped local trials for “well-established” foreign vaccines on to fast-track imports after the country faced a severe shortage of vaccines leading to many states halting vaccination drive for people in the age group of 18-44.

The cumulative number of Covid-19 vaccine doses is 205,451,902, according to the provisional report by the health ministry on Thursday.