Asia Singapore Is Chan Chun Sing leading the race to be the next Prime...

Is Chan Chun Sing leading the race to be the next Prime Minister of Singapore? Chan has the substance but lacks the shine to be the next Prime Minister of Singapore.

Education Minister Chan Chun Sing has won the race to be the next Prime Minister of Singapore sometime in December last year said People’s Action Party’s insiders who spoke to this publication. The insiders who preferred not to be identified, pointed to a series of Facebook posts by the Prime Minister’s wife in the third week of December 2021.

The Prime Minister’s wife, Madam Ho Ching, had re-shared several of Chan’s posts on her own Facebook, among which is his Secondary 1 photo from his school’s archives. 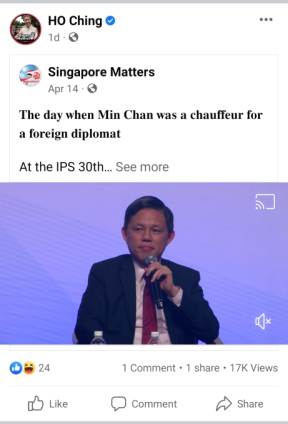 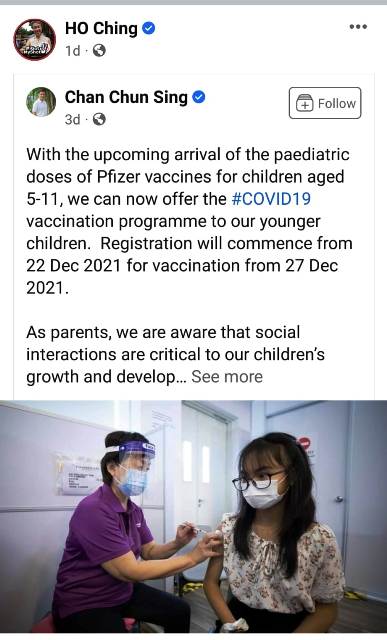 “Minister Chan is a man of substance, but he lacked the shine. It is important to have man of substance to lead the country. Shine, we can always give them that with a bit of a polish,” said one source who spoke to us.

The source pointed to Goh Chok Tong who succeeded Mr Lee Kuan Yew as the 2nd Prime Minister of Singapore.

“It is a known-fact that in the early days, Mr Goh lacked the shine. Even Mr Lee Kuan Yew called him ‘wooden’,” pointed out one insider. “In fact, there was one newspaper article written in the mid-80s which said that people mistook Mr Goh for Mr Chiam See Tong.”

Chiam is a retired and much respected opposition political leader.

“It took a lot of effort and a lot of personal coaching for Mr Goh to eventually shine,” said the source.

“If you have the substance, it is fairly easy to give you the shine. But if you only have the shine, sooner or later people will realise that you lack substance. Among the 4G leaders, only Mr Chan has the substance. We all will work hard to make him shine.”

Another source we spoke to said that one reason why Chan was moved to the Education Ministry was because he was gaffe-prone and was making too many people uncomfortable with them.

“He is passionate about social mobility and education. Those are the portfolios he is most comfortable in. He changed the Social & Family Development Ministry entirely when he was leading it for three years. He made help more easily and readily available for those that needed them. He is not afraid to role up his sleeve to get the work done himself,” the source told us.

“When Mr Heng Swee Keat said he did not want to be the next Prime Minister in early April last year, the Prime Minister quickly reshuffled his Cabinet and sent Chan to the Education Ministry. PM Lee knew that Mr Chan will do well there,” he added.

Chan was made the Education Minister on 15 May 2021, about a month after the announcement that Heng will not be the next Prime Minister of Singapore was made. He has better won the trust of some people since moving to the Ministry.

More recently, he has been getting comments in social media where this newfound trust resonates.

“I like the fact that he isn’t pretentious and I’ve heard that he gets things done. Let’s wait & see how he performs as the Minister of Education and I don’t think we’ll be disappointed.”

“I respect and like Minister Chan. Had the privilege to talk to him.. I love how he take time to go to various schools and talks to the students. Very on the ground Minister.”

“Mr Chan is the preferred choice of both PM Lee and Madam Ho Ching. This is why he has been the Minister-in-charge of Public Service as well as the Deputy Chairman of the People’s Association, since 2015, the year the Office was created,” said the first source.

Chan relinquished his appointment as Deputy Chairman of the People’s Association in 2021 to Minister Edwin Tong.

“If you look at the PAP’s CEC you can clearly see the standing of Mr Chan, that he will succeed PM Lee as our next Prime Minister,” said the insider.

If the PAP’s CEC line-up is any indication, Chan certainly looks poised to succeed PM Lee as the 4th Prime Minister of Singapore.