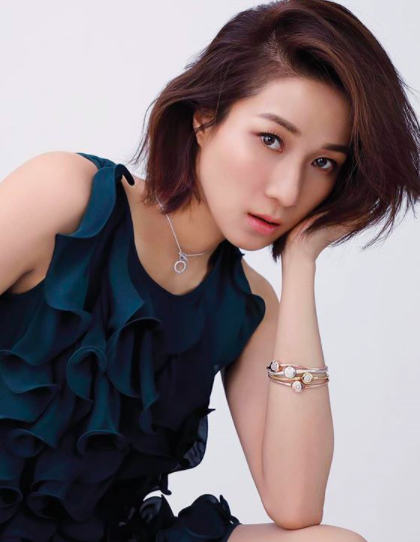 Hong Kong actress Linda Chung is busy filming for the seriesÂ Childrenâ€™s HospitalÂ for now. It is believed that it could be her last show. The 36-year-old sat down for an interview after her shoot for the showâ€™s music video theme song. Linda shared that her priority is her family. Linda said that she has not seen her husband and children for three months now. Her family are now living in Canada. She is married to chiropractor Jeremy Leung and they have two children Kelly, 4 and Jared, 2.

â€œWe are now communicating via video every night,â€� she was quoted as saying. â€œMy son is still young and does not mind greeting me via camera. My daughter is closer to me and tells me frequently: â€˜Miss you, come home nowâ€™.â€�

According to Linda, her initial plan was to fly her family to Hong Kong in August. However, that plan was scrapped due to Covid-19 concerns. As it stands, the actress will probably return to Canada once filming is completed. â€œI am counting down to the days as I still have 36 days of filming,â€� she said.

She also credits hubby Jeremy for taking care of their household while sheâ€™s away. â€œThis may be my last drama, I really donâ€™t know, I may film the next one in 10 yearsâ€™ time,â€� she said. â€œI have to consider my role as a mother when I take on the next job.â€�

Born in April 9 1984, Linda Chung Ka-yan is a Chinese-Canadian actress, singer and songwriter. In 2004, she signed a long-term contract with TVB after winning the Miss Chinese International. Linda ended her contract with TVB in 2018.

As part of TVB, she is still â€œthe youngest A-grade actressâ€�. She is currently the highest-paid TVB actress, earning around HK$120,000 per project. Linda is also a devoted Christian.

Linda married chiropractor Jeremy Leung in fall 2015. Despite the age gap, Linda stated that their relationship developed due to similar interests and understanding one another. When paparazzi asked Lindaâ€™s parents if they approve of their son in law, Lindaâ€™s parents responded confidently with approval.

Linda announced her pregnancy on Motherâ€™s Day 2016. She revealed on August 27 2016 that she had given birth to a daughter named Kelly Leung. She announced the birth of her second child, Jared Leung, on September 6 2018.