The Independent International News
Home Celebrity It’s been a month and Rainie Yang still cannot get over Alien... 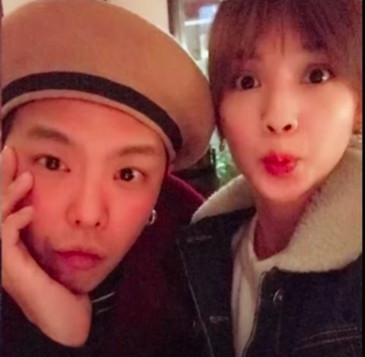 Taiwanese star Rainie Yang is still finding it hard to accept the fact that Alien Huang is gone, even though it has been a month since he passed away.

The two were high school sweethearts before becoming good friends. Netizens are accusing Rainie of milking Alienâ€™s death for attention.

On the one month anniversary of his death yesterday (Oct 16), Rainie posted an Instagram Story to share how sheâ€™s been coping.

â€œIt doesnâ€™t feel like itâ€™s been a month [since Alien died],â€� she wrote. â€œI feel the same way that I did when I first heard the news; that I canâ€™t accept it. I hope that time will pass by quickly. Letting goÂ is the best choice.â€�

Fans are also grieving at how hard Rainie is facing the tragedy.Â In the days after his death, Rainie admitted: â€œThereâ€™s no way for me to describe how much Iâ€™m hurting. Alien is like family to me, and I canâ€™t accept this piece of news.â€�

Sheâ€™s also been forced to clarify that her way of grieving is in no way milking the situation for her own personal gain after some netizens threw shade at her for continuously posting about Alienâ€™s death.

â€œI have to apologise in advance if anyone gets upset by me posting about Alien. Please donâ€™t bother [looking at my posts] because Iâ€™ll keep doing this for some time. This is my way of remembering him and making sure that everyone doesnâ€™t forget him. I seek your understanding,â€� she wrote.

Taiwanese celebrity andÂ 100% EntertainmentÂ host Alien HuangÂ has died at the age of 36 on September 16.

Taiwanese news outlets reported that Mr Huang (nickname Xiao Gui) was found at his home on the ninth floor of a building in Sanhe Street in Taipeiâ€™s Beitou District.

When he was discovered, his body had already become stiff. Fellow celebrities and fans were shocked over the news.

At school, he met singer Rainie Yang and they dated for three years. They remained good friends even after their breakup.