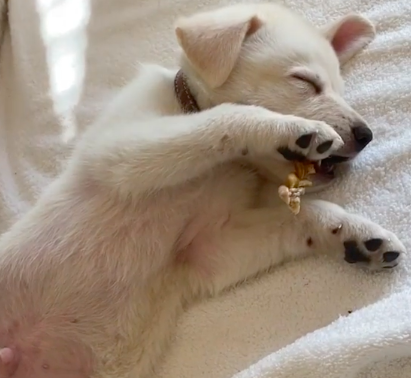 Jennifer Aniston just adopted a new puppy. The actress uploaded a video of it on Instagram and it is already melting everyone’s hearts.

In the midst of uncertainty such as the pandemic, US election year as well as climate change, all you need is a puppy to make things right again.

Lord Chesterfield has an older brother, Jennifer’s other dog named Clyde. Besides knowing that Lord Chesterfield is a small and cute dog with floppy ears, it is also a rescue dog. Jennifer thanked Wagmore Pets Rescue Center for “taking such great care of these rescues and find them their forever homes.”

Born on February 11, 1969, Jennifer Joanna Aniston is an American actress, producer and entrepreneur. Her father is actor John Aniston and her mother is actor Nancy Dow. She began working as an actress at an early age with an uncredited role in the 1987 film Mac and Me. Her first major film role came in the 1993 horror-comedy Leprechaun. Since her career grew in the early 1990s, Jennifer has been one of Hollywood’s highest-paid actresses.

Aniston rose to international fame for her role as Rachel Green on the television sitcom Friends (1994–2004), for which she earned Primetime Emmy, Golden Globe, and Screen Actors Guild awards. Her character became widely popular and was described as one of the greatest female characters in American television history.