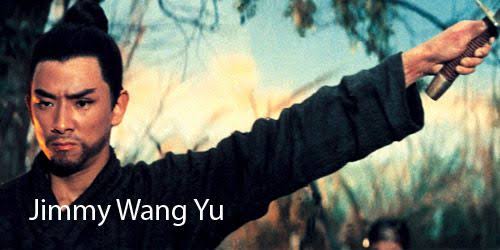 Taiwanese actor Jimmy Wang Yu died yesterday (April 5). The veteran actor was most famous for his role in the 1967 movie, the One-Armed Swordsman.

Wang Yu had been ill for the last six years. His daughter Linda Wong said that her father will be sorely missed.

“We also believe that his handsome and heroic image as the one-armed swordsman will forever live in the history of films and the hearts of fans.”

Wong put up several photos of her father on social media including an iconic one from the One-Armed Swordsman movie.

Named Wang Cheng-chuan at birth, the actor started his career in 1963 and was chosen by director Chang Cheh who was dubbed The Godfather of Hong Kong’s sword fighting films to play the lead role in the One-Armed Swordsman.

The film broke the million-dollar box office record for Shaw brothers and earned Chang the title of Million-Dollar Box-Office Director. He died at 79 in 2002.

”I received some shocking news today on Ching Ming Festival. Jimmy Wang Yu has passed away. Another martial arts hero has left us…

”The contributions you’ve made to kung fu movies and the support and wisdom you’ve given to the younger generations will always be remembered in the industry. “And your movies will always remain fresh in the hearts of your fans. We will miss you! Rest In Peace 🙏🙏🙏

Wang Yu stopped acting in 1997 to venture into the world of business.