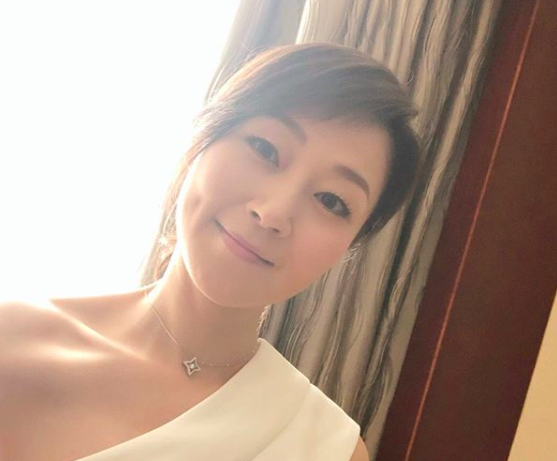 Hong Kong actress, beauty queen and model Joey Meng just turned 50 and she looks â€˜agelessâ€™. Joey put up a video on various social media platforms to celebrate her birthday, wishing herself well and showing fans what graceful ageing looks like.

Her youthful looks naturally garnered comments calling her both a â€˜goddessâ€™ and â€˜vampireâ€™ who never ages. The reason why Joey was called a â€˜vampireâ€™ is that she played the lead actress in hit Hong Kong drama, My Date With A Vampire,Â circa 1998.

The drama is about a love story between a vampire Kuang Tianyou and spunky ghostbuster Ma Xiaoling, played by Joey.Â The memorable role cemented her place in classic television canon from the 1990s, at a time when the medium was at its peak globally.

Joey posted a birthday video teasing her fans with her trademark 109cm legs. Her official birthday is October 2, 1970.Â On Oct. 18, Meng posted her video wishing herself happy birthday according to the lunar calendar.

She wrote: â€œToday is my lunar birthday, happy birthday to me.â€�

The video ended with the caption: â€œ1970 50 = 2020. Happy birthday to meâ€�. She regularly posts photos and videos of herself on social media, showing how she has resisted ageing over the years.

Born on October 2, 1970, Joey Meng Yee-manÂ is a Hong Kong actress, model and beauty spokesperson. She originally worked for ATV, but later moved over toÂ TVB.

After middle-school, Joey participated in the 1989 Miss Asia Pageant and emerged as first runner-up. She joined Hong Kong television stationÂ ATV on a contract that year. Joey is best known for her role as â€œMa Siu-lingâ€� in the My Date with a VampireÂ television series trilogy. In August 2000, she married Chan Sap-sam (the screenwriter of theÂ My Date with a VampireÂ trilogy) in the United States after dating for about four months.