Khloe Kardashian is officially fed up with trolls.

This week, the Keeping Up With the Kardashians star hit back at critics by turning off her Instagram comments after some accused her of getting lip injections.

Although she is known to clap back at her haters, she decided her move here was to avoid giving the negativity a platform altogether.

The Good American co-founder shared a series of photos to promote an ad for Skin Thesis which led to criticism.

“Hey glow!!! ✨ #ad Shout out to Melissa @skinthesisinc for my healthy glowing skin ?,” Kardashian captioned the post, which highlighted her skin-care regime.

Netizens started commenting on whether the reality star had any work done on her face instead of focusing on her glowing appearance – with messages ranging from mean to straight-up nasty.

“I’m sorry but your lips are overdone, it looks nasty,” another commented.

“If you can’t close your lips ?… too much filler,” someone else remarked.

By quietly disabled everyone’s ability to comment, it not only helped her avoid further trolling, but it served as an important reminder that whether Kardashian’s had work done or not is none of anyone’s business.

Unfortunately, this isn’t the first time Kardashian has been called out in regards to how she lives her life.

Earlier this month, she was accused of using her daughter as an accessory after posting a photo walking along the beach carrying baby True.

“U do know that your baby isn’t an accessory right?” a user asked.

“Would you like a parent NOT to create memories and traditions with their child? Would you like someone else to watch my child and me to do these things on my own?” Kardashian replied.

“I am her mother and we will celebrate life together everyday. True and I are creating magical memories TOGETHER FOREVER,” she continued. 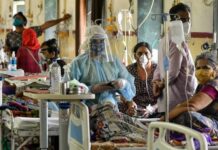 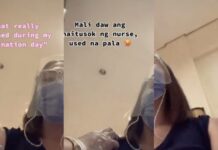