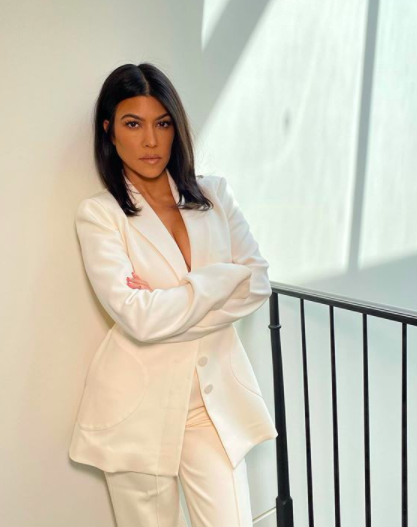 Five years since they broke up, Scott Disick confirmed that his ex Kourtney Kardashian does not cook or clean. The former Keeping Up with the KardashiansÂ couple Scott Disick and Kourtney Kardashian may have split after their on/off nine-year romance in 2015 but they still stay in good terms and joke around with one another. The 41-year-old Poosh founder captioned her fashion post on Monday, saying, â€œI donâ€™t cook, I donâ€™t cleanâ€�. The 37-year-old real estate heir then responded, â€œThatâ€™s for sure.â€�

The reality star who has 149.6 million social media followers was actually trying to quote rap lyrics from Cardi Bâ€™s hit songÂ WAP which ends with â€œBut let me tell you I got this [wedding] ring.â€� Back on August 7, an insider told Hollywood Life,Â â€œScott and Kourtney are really close but thereâ€™s nothing there besides them being co-parents and best friends. Scott willÂ always love her and sheâ€™ll always have a place for him, but sheâ€™s telling friends sheâ€™s actually happy being single right now.â€�

This is following two nights after Scott escorted his ex from 2016, Australian model Megan Blake Irwin to Kimpton La Peer Hotel in West Hollywood. On October 1, Scott went on a dinner date with his ex from 2017, model Bella Banos at Nobu Malibu. â€œScott split from Sofia because he really needed to focus on his health and his kids,â€� an insider told PeopleÂ on Monday. â€œThis continues to be his focus. He has been on dates but isnâ€™t dating anyone. He is still single.â€�

Find out more about Kourtney and Scott on the 19th season ofÂ Keeping Up with the KardashiansÂ which airs Thursdays on E!

The Flip It Like Disick star also keeps busy as CEO of his athleisure clothing company, Talentless, which he launched in September 2018.