Love fantasy genre K-dramas? Then you don’t wanna’ miss this! 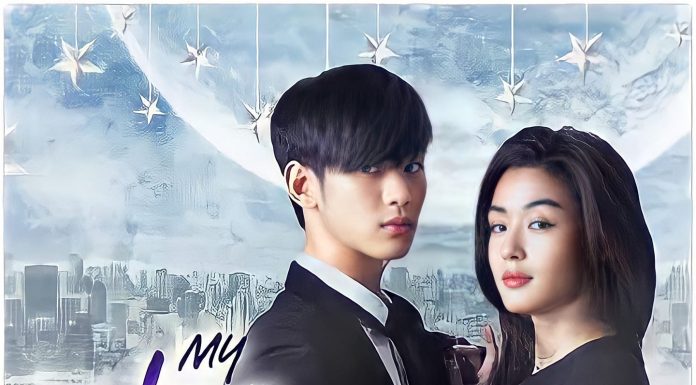 I’m not sure about you, but the fantasy genre is one of my favourites when it comes to films, dramas, and books.

There is nothing quite like the supernatural, mythical and otherworldly. Here are some of my favourite fantasy K-dramas for you to check out.

The Bride of Habaek

This drama is about Habaek, the god of the Land of Water starred by Nam Joo-Hyuk, Shin Se-Kyung, Gong Myung, Krystal and Lim Ju-hwan. So Lord Ha-baek, played by Nam Joo-hyuk, visits earth to retrieve the sacred stones he needs for him to claim the throne of the Divine Realm.

Habaek looks for help from neuropsychiatric So-ah (Shin Se-Kyung). It is believed that So-ah is the only descendant hailing from a middle-class family, fated to serve Ha-baek for generations.

So-ah refuses to help him at first, thinking that he is crazy. Only after she encounters the goddess of the Land of Water, Mu-ra (Krystal), god of the Land of the Sky, Bi-ryoem (Gong Myung) and the demigod Hu-ye (Lim Ju-hwan), then she decided to help Ha-baek.

Tale of the Nine-Tailed

Nine-Tailed fox or gumiho is part of Korean mythology. The creature features nine tails, and it is often beautiful women who seduce men to eat their liver or heart. In this series, Lee Yeon (Lee Dong-Wook) was previously the mountain spirit of Baekdudaegan. To resurrect the life of the woman he loved, A Eum, he sacrificed his life as a mountain god. He now lives as a nine-tailed fox in human form and has been living this way for hundreds of years.

He spends his life searching for the reincarnation of his lost first love and gets rid of supernatural beings that threaten the mortal world. Nam Ji-A (Jo Bo-ah) works as a producing director in charge of documentaries at a TVC station. She looks out for stories on the supernatural.

When she was young, her parents got into a mysterious car accident and disappeared. She recalls that there was a man who saved her in the accident.

The Legend of the Blue Sea

This drama series stars Jun Ji-hyun and Lee Min-ho. It is inspired by a classic Joseon legend from Korea’s first collection of unofficial historical tales about a fisherman who captures and releases a mermaid. The Legend of the Blue Sea is a romance between a con artist and a mermaid who travels across the ocean to look for him.

My Love from the Star

This series is about an extraterrestrial alien (played by Kim Soo-hyun) who landed on Earth in 1609 during the Joseon Dynasty. Four hundred years later, he falls in love with a top female actor (played by Jun Ji-hyun). Another drama series featuring Korean actress, Jun Ji-hyun, My Love from the Star is a South Korean fantasy romantic comedy TV series that is written by Park Ji-eun and directed by Jang Tae-yoo. Kim Soo-hyun plays the male lead opposite Jun Ji-hyun.

Guardian: The Lonely and Great God

Also known as Goblin, this hit fantasy series also stars Lee Dong-Wook. This series won numerous awards. Gong Yoo plays Kim Shin, a decorated military general hailing from the Goryeo Dynasty. He is framed as a traitor and murdered by the young king. Kim Shin is cursed by God to stay immortal forever, years after his death. He helps people with his powers and is a kind man despite his past. To end his immortality, he needs the help of the Goblin’s bride to pull out the sword from his body.

Kim Go-eun plays Ji Eun-tak, a cheerful high school student who has a positive outlook on life despite a tragic life. Ji Eun-tak summons the Goblin by chance and fate brought them together. The Grim Reaper (Lee Dong-Wook) lives together with the Goblin’s nephew Yoo Deok-hwa (Yook Sung-jae) after the latter lease the Goblin’s house to the Grim Reaper.

Well, there you have it! Hope you like my pick and enjoy the journey as much as I did into a world beyond time & space. See you again soon! /TISG