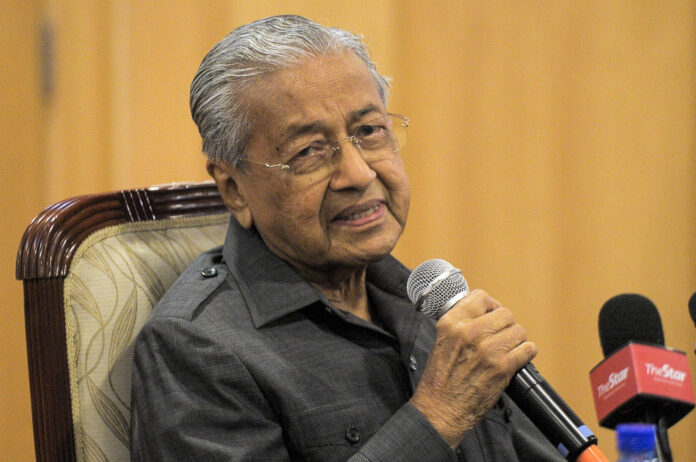 As Malaysia reels out from the pandemic, many are hoping to get back to the old normal when face masks would not be used, and Malaysians will be able to get on with their usual self.

Even if there is a possibility of that happening is remote in the near future, political analysts feel that political stability would be far from normal, with political parties still rife with conflicts.

This is reminiscent of the political landscape that has vastly changed since the last general elections, which have seen the emergence of more political parties on the horizon.

And it has certainly added more confusion than clarity for the electorate as compared to the past when Malaysia was stable and growing.

Many cherish when Malaysia was regarded as the “Asian Tiger” and it was ushering an era of prosperity and hope that it would revert to the glorious days soon.

But scepticism of that happening was shared by none other than the former prime minister Tun Dr Mahathir Mohamad in an exclusive interview with Business Today.

“I assume that normal means the time when Malaysia was stable, was growing, was regarded as an Asian tiger. That should be the norm. But what happened is that when Najib took over, he destroyed everything,” he said in exasperation.

Mahathir feels that the good foundation that was laid by him had since been destroyed by his nemesis Najib Razak through corrupt practices that had since seen Malaysia on the steady decline.

Mahathir largely alludes to the quagmire that Malaysia is in to “Najib’s doing” as corruption became the norm and “he destroyed everything”.

The real blight of Najib’s political career has been accusations of corruption and mismanagement over the state investment fund, 1Malaysia Development Bhd.

Ahead of the 2018 election, mass demonstrations in Kuala Lumpur called on him to resign. After his defeat, authorities reopened their investigation and charged the former PM with money laundering, breach of trust, and abusing his position.

The former Prime Minister went on to say that the pervasive culture in the country was one of which most people in the country showed scant regard to the welfare of the people and that people were just interested in enriching themselves at the exclusion of everything and everybody else.

“They don’t work for the country and don’t care what happens to the country. Somebody taught them that cash is king and so everybody goes after cash. They think only about themselves, not the country or the people. And because of that, everybody is pulling in a different direction and all of them want to become Prime Minister”, said Mahathir.

The former Prime Minister offered his prescription to the political maladies besieging the country, suggesting that the 15th general election would offer a good opportunity to reset the country if people come out and support those who are genuinely nationalist and not those who are corrupted, adding “that if that does not happen, I see a bleak future”.

Political analysts have chimed in to say that the changing political landscape in the country is one in which would be rife in conflict and confusion as many political parties that come onstream since the last elections pitting the same electorate.

This is further compounded by the intense infighting and feuding amongst political parties that have shown scant regard to the plight and predicament of the people following the pandemic that has besieged the country in the last two years.

Analysts have warned that while the proliferation of parties in the country suggests a vibrant democracy, the value systems that they hold and the culture they embrace is paramount in the proper functioning of a democratic system.

Mahathir was quick to point out that “a democratic system was not a perfect system” and pontificates a “two-party system” akin to the British and the American system.

The political outcomes were more certain in a two-party system as the victors would be the republicans or the democrats in the US or the labour or conservative in the UK that would ensure stability after the elections.

“For the Republicans and the Democrats, two parties, when they contest, one of them is likely to win. Both cannot win and both cannot lose, only one of them can win”, Mahathir said.

Mahathir vindicated his beliefs that the two parties system that was practised for the last 60 years worked well, adding that while it was (UMNO) the Malay party that was in power but it “provided stability for all and the Chinese prospered under Malay rule”. /TISG

Satish Govind is a guest contributor based out of Kuala Lumpur. The opinions in his commentary are his own and not the views of the editorial.