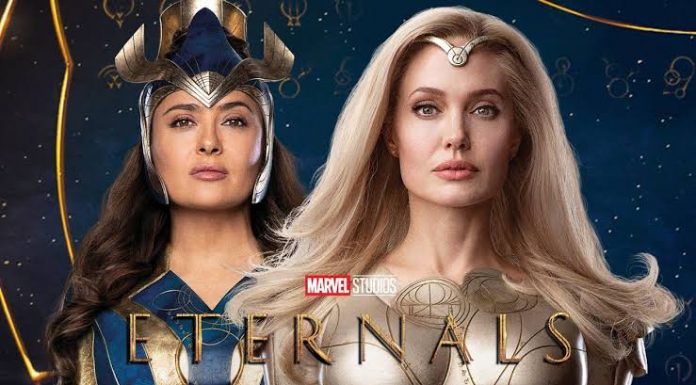 Marvel’s Eternal co-stars Angelina Jolie and Salma Hayek are reuniting for a new movie. This time around though Jolie will be directing and Hayek will be acting in the film with Demian Bichir.

The film titled Without Blood is an adaptation of Alessandro Baricco’s book and the story revolves around a young girl on a quest for revenge deep in the Italian countryside.

Without Blood is entirely Jolie’s effort as she has written and produced film.
“”I’m honoured to be here in Italy to bring this very special material to film and to have been entrusted by Alessandro Baricco with the adaptation of his book — with its unique poetry and emotion and way of looking at war, and the questions it poses about what we search for after trauma or loss or injustice.”

This is the sixth time that Jolie has become a director and is part of a three-year deal between her and distributor Fremantle Media.

“Without Blood is the first production under our partnership with Angelina, and we are excited to work with her and the incredible international team she has assembled,” said Fremantle CEO Jennifer Mullin.

Jolie first made her directorial debut in 2011 with the release of In the Land of Blood and Honey, a romantic war movie starring Gorman Kostic and Zane Marjanovic.

She then went on to direct three major pictures including Unbroken and First They Killed My Father. In 2015 she directed as well as starred in By the Sea with her ex-husband Brad Pitt. She joined MCU’s Eternals last year where she starred as Thena opposite Hayek’s Ajak.

It is not yet certain how the plot will differ from the original novel but the story opens with Nina as she is struggling to recover from a horrifying yet to be revealed conflict. Filming is already underway across Rome and Southern Italy.

Hayek’s co-star Demian Bichir was nominated for an Academy Award for Best Actor for his role in A Better Life, and he is currently set to begin work on Let the Right One In.