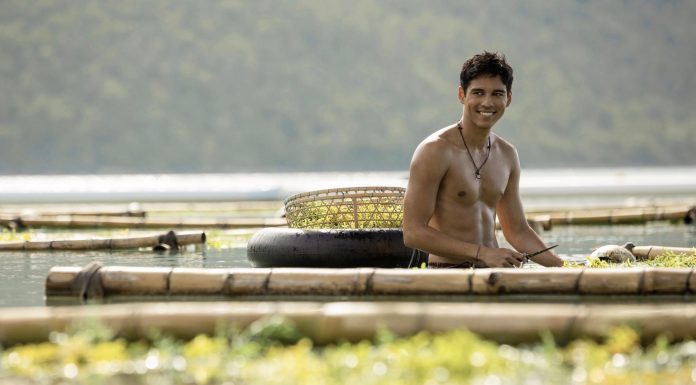 A beautiful escape to the province of Bali is what Universal Pictures and A Working Title Productions promise with their latest movie release, “Ticket to Paradise.” and rising star Maxime Bouttier.

In the movie, Maxime plays Gede, a Balinese seaweed farmer, opposite Kaitlyn’s Lily, the daughter of the divorced couple David and Georgia Cotton, played by George and Julia, respectively. After the young couple’s surprise marriage announcement, the former lovers travel to Indonesia, hoping to put a stop to the abrupt nuptial.

For novice actors, performing alongside some of the biggest names in the film industry could be a daunting task, and it truly is, according to Maxime. But with his acting prowess and natural charm on the screen, the 29-year-old star is truly one of the main factors why people should see “Ticket to Paradise.”

Before the movie makes its debut in the Philippines, Manila Bulletin Lifestyle got a chance to talk with Maxime. From working with Hollywood elites to preparing for the big role, the actor shares his journey and the lessons he picked up in becoming Gede for the movie.

Maxime confessed that he is a huge fan of his co-stars. In fact, the first “Batman” movie he saw was George’s “Batman & Robin.” He was in awe of Julia’s performance in “Ocean’s Eleven” with George, and loved Kaitlyn’s spunky characterization in the film “Booksmart.” Believe it or not, becoming an actor wasn’t part of his plan. But his love for the movies paved the way for it to happen.

“It was such a treat. It is an unbelievable occurrence in my life,” Maxime tells Manila Bulletin Lifestyle. “I never thought that it would happen. I was just so starstruck with everyone.”

Being awestruck also comes with nervousness. So good preparation is a must for Maxime before the camera starts rolling. For him, being physically fit plays an essential role in his process. Not only did it make him feel more confident during filming, but it also helped him tame the agitations he felt along the way.

“I’m not the sporty kind of guy. I have never really done that. But when I’m doing the workouts, it kind of gave me time to help with my nervousness,” he muses. “I don’t think about the idea that I’m doing a movie with George, Kaitlyn, Lucas, and Julia-all these big names. It helped me a little bit to go out of that train of thought.”

Gede is more than just a leading man in the film. The character has more layers and purpose on the screen. For Maxime, Gede presents our connection with nature. Portraying a seaweed farmer showcased a certain view of the Balinese way of living, that it is a “give-and-take deal with nature.” It is a subconscious theme that surrounds the wise character, and to fully dissect it to its core, Maxime watched nature documentaries such as David Attenborough’s “Planet Earth.”

“There is still a way for us to find the balance between saving the planet and having the means to provide for our family,” he adds. “That’s the Bali custom and tradition-to be in touch with the nature around you.”

It hasn’t been a year since the cinemas reopened in the Philippines. “Ticket to Paradise” is one of the first movies in the rom-com genre to be played on the big screen in the country. With that, Maxime hopes that everyone will find a good movie experience from it, and come out of the cinema feeling joyful because of its lighthearted script, great ensemble, and idyllic scenes.

“It has been a while since we’ve seen movies like this,” Maxime says. “I think it’s like a breath of fresh air, especially now. It is going to be the perfect escape. I think people would feel good for two to three hours. This is something where people could just let go and have fun. There are subtle messages about nature because that’s how I felt about the movie, but people would just enjoy it. With what’s happening around the world, this would be the perfect movie. I hope this will help bring back the rom-com genre.”

Hello, readers! Do you have a story you want us to feature? Send us a message on Facebook, Instagram, Tiktok, and Twitter and let’s talk about it.