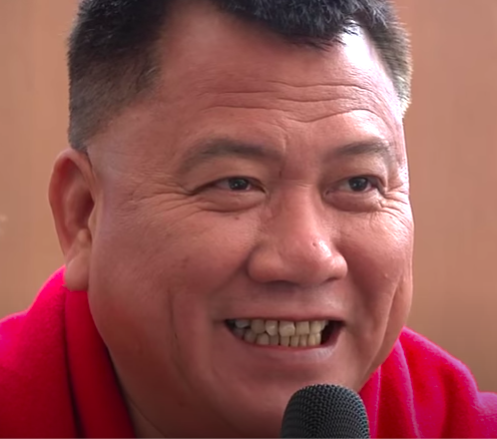 There would be a time in your life when you panic and did something silly which you regret later. Former Hong Kong actor Alex Man and fellow actor Michael Tao who saw it has lived to tell this tale. According to Michael, it sounded like a scene from an action film. This dramatic incident involved a police raid and tens of thousands of dollars being flushed down in the toilet, and it happened in 1987 when the actors were filming TVB series Genghis Khan in China.

Recalling the incident during a guest appearance on veteran Hong Kong producer Yang Shaohong and actress Elena Kong’s radio show last Saturday (September 26), Michael revealed that they were not allowed to bring big amounts of cash into the country at that time and had to exchange HK$100 for 30 yuan coupons to spend. To manage it, the actors had to pretend that they did not have cash and did not declare it at the customs.

Everyone did not declare except one very honest actor who admitted that he had brought more than HK$10,000 (SGD$1,800) with him. It was all good until the police suddenly raided their premises one day when the cast and crew were eating. Michael said that everyone was frantic and that Alex scrambled to flush his money down the toilet.

“Everyone was really afraid. [We] didn’t know if we would go to jail, so we decided to flush the money down the toilet. Little did we expect to clog the toilet, so everyone had no choice but to leave immediately.”

When asked how much money they flushed away, Michael replied: “Over tens of thousands of dollars.”

Michael entered the acting industry in the 80s, affiliating with TVB. It was during this period that he earned the name “Housewife Killer” due to his overwhelming popularity amongst housewives (who arguably constitutes a majority of television viewing audiences in Hong Kong), solidifying his position as a first-tier television actor in TVB.

Michael later moved over to rival ATV in 1997 after problems over his contract with TVB. His ATV series Flaming Brothers successfully defeated the TVB rival show at the time, a landmark for ATV. Apart from filming ATV series, Tao has also filmed in China and Singapore. He returned to TVB in 2004 and has starred in several television series since. Once again, problems with his contract resulted in Tao leaving TVB in 2009. /TISG

‘Normalcy only when second generation of Covid-19 vaccine is out’: Bill Gates

India, Oct. 13 -- Microsoft co-founder Bill Gates has given a gloomy picture for the world looking to get...
Read more

Hotels association: CMCO to cost hoteliers up to RM100m, no recovery in sight until end 2021

KUALA LUMPUR, Oct. 15 -- Hotels in Malaysia are once again experiencing booking cancellations due to the reimplementation of...
Read more