The public backlash against disgraced Malaysian leader Najib Razak over his being chosen to deliver the keynote address at the Beijing-backed World Chinese Economic Forum hardly looks like abating.

Najib, 68, whose High Court conviction for corruption was unanimously upheld by Malaysia’s appeals court on Dec 8, is out on bail and has been accused of seeking to whitewash his image, to aid his hopes of re-election.

According the chairman of the forum, Cheah Chyuan Yong, the invitation to Najib was made before the Dec 8 verdict was handed down by the Court of Appeal. While the former Prime Minister remains popular with some, this week many Malaysians have openly criticised his participation in the forum.

Former diplomat Dennis Ignatius wrote on his blog on Dec 27: “The message is clear: Najib remains China’s blue-eyed boy. They do not consider his conviction an impediment to working with the man. China’s strategic interests trump Najib’s crimes. By giving him an international platform, China hopes to redeem the man and whitewash his criminality. It is a stunning rebuke of Malaysia’s legal process as well as an insult to all Malaysians. Never before has a foreign country acted with such disdain for a neighbour.”

Tan Sri Lee Kim Yew, who founded the Global Chinese Economic and Technology Summit (GCET), clarified that he did not organise the event at which Najib delivered the keynote address. Tan Sri Lee described  Najib’s involvement as “a huge embarrassment.”

“This time they invited the former prime minister to that forum, a convicted criminal awaiting the outcome of an appeal,” he added. “I wish to clarify and to put on record that this new World Chinese Economic Forum has nothing to do with me.”

On Thursday (Dec 30), several more Malaysians had their views published in Malaysiakini.

“WCEF should be ashamed of itself for honouring a convicted man. By giving him such prominence, it’s exposing its utter lack of principle and mercenary objective,” one netizen wrote.

“Isn’t there anyone who can do a better job in giving the keynote speech at the forum? Najib literally sold the country to China,” said another. 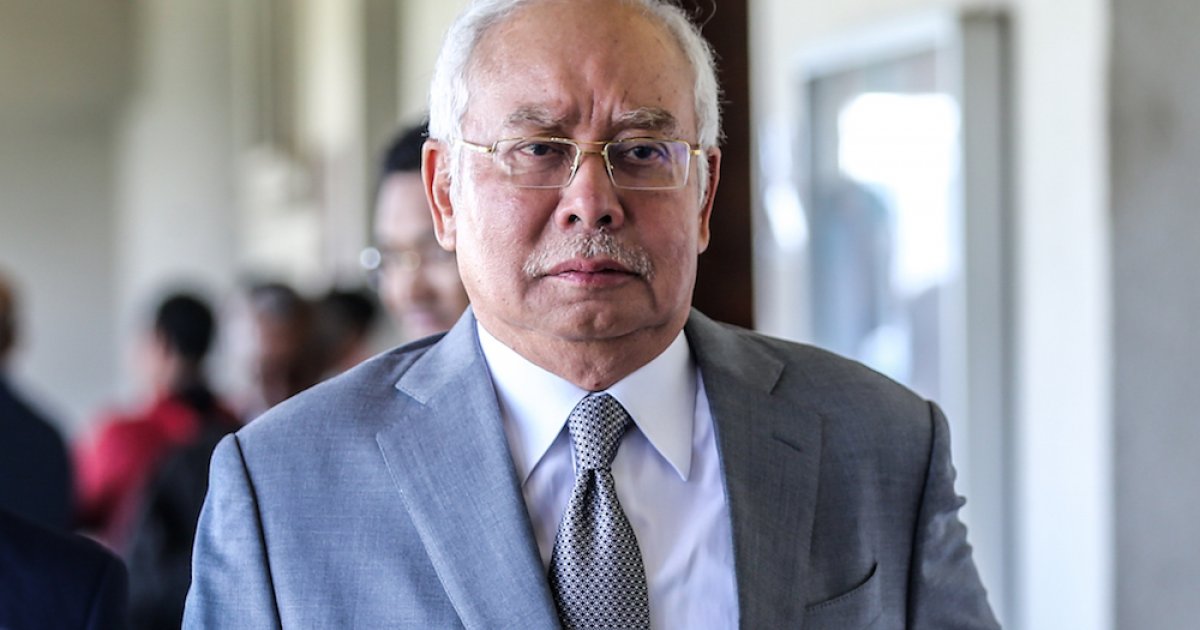 Commenters did not mince words.

One of the most forthright said: “The kleptocrat was rightfully condemned as a national embarrassment by the courts and no decent person would even want to touch him with a 10-foot pole.

“And now WCEF chairperson Cheah Chyuan Yong is causing an international embarrassment by inviting, honouring and embracing an infamous criminal to “grace” the event.

“No other organisation or country will ever commit such a grave error if they have some common sense. The reason given to support the invitation is full of holes. Once a person is a convicted felon, it is on record. That’s it,” opined another commenter.

In July 2020, Najib, 68, was convicted by the High Court of seven counts of abuse of power, money laundering and criminal breach of trust, thus becoming the first Prime Minister of Malaysia to be convicted of corruption. He was sentenced to 12 years in jail and fined RM210 million (S$68.05 million), which he appealed.

The Court of Appeal said on Dec 8 that it agreed with the verdict of the High Court.