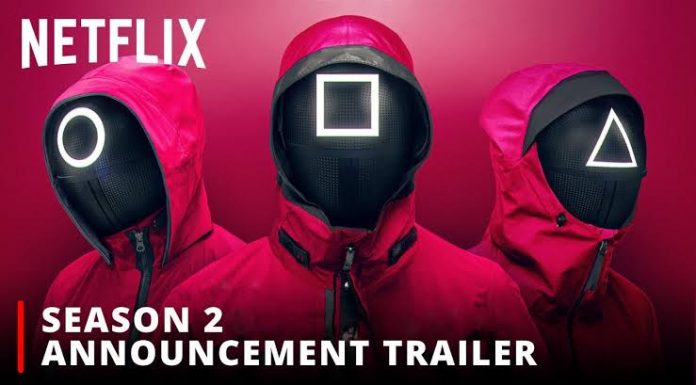 Netflix announced on June 12 that its superhit Korean series Squid Game will be returning for a second season. It also hinted at what would happen in the second season of the macabre Korean drama.

The show’s writer and director Hwang Dong-hyuk hinted at a few things that would feature in the second season.
He said that characters like Gi-hun and The Front Man will be returning. “The man in the suit with ddakji might be back. You’ll also be introduced to Young-hee’s boyfriend,” he added.

Young-hee is a motion-sensing animatronic doll featured in one of the games.
Last year Hwang told fans that Netflix would be returning with a third season of the show as well.

“I’m in talks with Netflix over season 2 as well as season 3. We will come to a conclusion soon,” he said.
In an another statement he also said, “It’s true that we are discussing a wide variety of possibilities for Squid Game, including a production of Season 3, but nothing has yet been set in stone.”

He also hinted at the direction the show would go in, “If I do get to do one, one would be the story of the Frontman (a former cop who now oversees the game). I think the issue with the police officers is not just an issue in Korea. I see it on the global news. This was an issue that I wanted to raise. Maybe in season 2, I can talk about this more.”

Squid Game became Netflix’s most watched television series when it was released in September 2021.

Netflix has not given a date for the release of the second season.