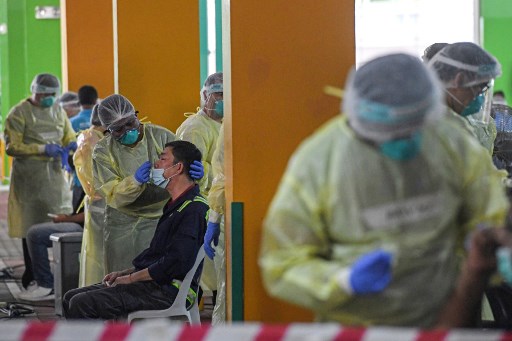 Singapore — A total of 233 Covid-19 swab samples were disposed of accidentally before they were tested at a private medical laboratory.

The samples were sent to Quest Laboratories to be tested and, according to a report on straitstimes.com, a spokesman said that an in-house courier did not follow standard operating procedure (SOP) when handing over the untested samples to the lab, which led to the accidental disposal.

The batch was collected from clinics under the Swab-and-Send-Home (Sash) programme. Those tested are sent home to await the test results. The matter came to light when one of those tested made enquiries on not getting results after two days.

The test samples were “inadvertently discarded (of) prior to testing” at the lab, a spokesman for Quest Laboratories said on Monday (Oct 12).

According to the lab, 87 affected clinics have been informed of the incident and 102 patients have been retested. It added that the results were negative.

He explained that the in-house courier will also receive disciplinary action adding that the lab has carried out a review of the incident and has implemented corrective and preventive measures.

The Ministry of Health (MOH) said it takes a serious view of the incident and is investigating the matter.

According to the straitstimes.com report, the MOH said: “We will take appropriate actions against the laboratory if investigations reveal any breach of the regulations. We will also remind the other licensed laboratories on the need to ensure proper staff training and adherence to their standard operating procedures.” /TISG