Rain and Kwon Sang Woo boast about their wives 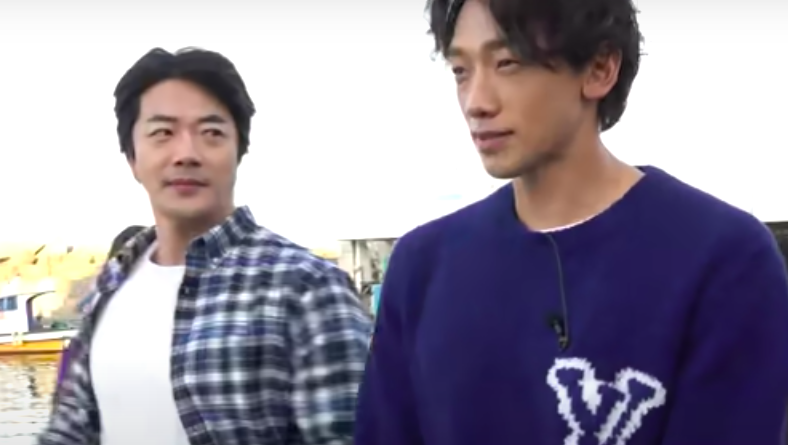 Veteran Korean celebrities Kwon Sang Woo and Rain met up together for an outing in a new video uploaded on Rain’s YouTube channel. Actor Kwon Sang Woo and Rain met up on October 15 to hang out and go for a hamburger Mukbang. As the two celebrities were on the way to the location, Kwon Sang Woo told Rain that he still feels like he is dating his wife, saying that they have not gotten over the honeymoon phase. He said,  “I feel like I’m still dating my wife. My wife never farted in front of me.”

Rain then tried to one-up him by saying, “I always kiss my wife every morning and evening,” showing off his affection for Kim Tae Hee. Kwon Sang Woo then said to Rain that he and his wife kiss all the time asking, “Do you kiss your wife only in the morning and evening?”

As they drove by the beach, Kwon Sang Woo looked out the window at the ocean and reminisced about the time he filmed ‘Stairway to Heaven’ with Kim Tae Hee.

He stated, “Coming to the beach reminds me of the time when we suffered so much filming at the beach for ‘Stairway to Heaven‘ with Kim Tae Hee.” Kim Tae Hee and Kwon Sang Woo appeared in the popular SBS drama as Kim Tae Hee played the antagonist’s role.

Kwon Sang Woo made everyone laugh when they were listening to the OST for the drama ‘Stairway to Heaven‘ and said to Rain “You should think about your wife, Kim Tae Hee, when listening to this song.”

Jung Ji-hoon was born on June 25 1982 and he is better known by his stage name Rain. He is a South Korean singer-songwriter, actor and music producer.

In January 2013, Rain confirmed that he was dating actress Kim Tae Hee, which then caused an investigation into whether his dating had broken military rules during his mandatory military service. In 2014, he was baptised as a Catholic, the same religion as Kim Tae Hee. The couple married on January 19, 2017, after five years of dating. On October 25, 2017, Kim gave birth to their first child. She gave birth to their second child on September 19, 2019.

Born on August 5 1976, Kwon Sang Woo is a South Korean actor who rose to stardom in 2003 with the romantic comedy film My Tutor Friend and the melodrama series Stairway to Heaven.

Kwon married actress and former Miss Korea Son Tae-young at the Shilla Hotel on September 28, 2008. On February 6, 2009, his wife gave birth to a baby boy, christened as Luke (nicknamed Rookie). Their second child, a daughter, was born on January 10, 2015. /TISG