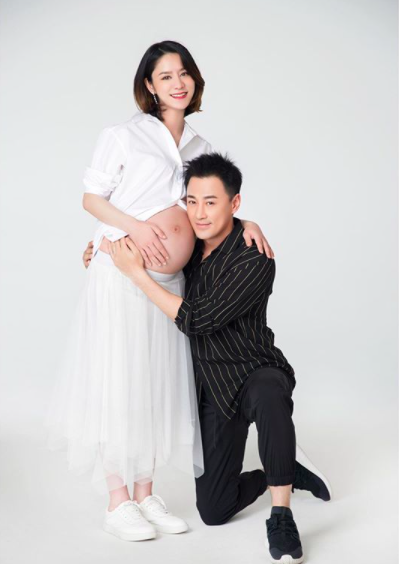 News has it that Raymond Lam has become a father. The tight-lipped actor’s wife Carina Zhang has been rumoured to be expecting for months but the Hong Kong couple has remained mum on the issue.

As the couple keeps quiet about the matter and has done nothing to quel the rumours, Hong Kong media have more or less assumed that Carina is expecting a child. The latest rumour is that Raymond wants Carina to give birth in Shenzhen as it is near where he is filming Chinese drama Star Of Ocean.

So the question on everyone’s mind is, is there a baby on the way? The 40-year-old was recently interviewed by members of the media about his wife’s pregnancy during a press conference last week but Raymond refused to answer all personal questions. His manager responded to the queries with a vague, “We will make an announcement if there is news to share.”

Here is where it all gets a bit murky. Rumour has it that Carina has already given birth while others claim that she is due any day now. But the common factor between the rumours is that  Raymond reportedly shelled out a cool 368,800 yuan (S$74K) on a luxurious confinement package in one of the top postpartum care centres in the city.

Included in the package is a suite with a separate nursery and private garden. Guests also have a personal butler and a dedicated team of nurses who will provide service round-the-clock. Insiders speculate that Raymond will probably only announce the birth of his child on the 100th day after its birth or on Raymond’s 41st birthday which is on December 8. Raymond and Carina dated for less than two years before getting married on December 31, 2019.

Raymond Lam was born on December 8, 1979, and he is a Hong Kong actor and singer. He has appeared in TV dramas A Step into the Past, Moonlight Resonance, Highs and Lows and Line Walker and was dubbed the King of Chok after his role in The Mysteries of Love. /TISG