Selena Gomez talks about Justin Bieber for the last time 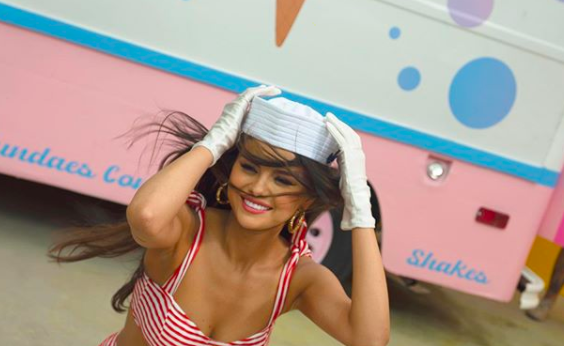 Gomez deliberately did it that way, sharing with Rolling Stone in a new interview as she reflected on her latest album as the Grammy nomination process starts. Gomez wanted everyone to know that the Justin Bieber saga is over.

“It was my idea to release ‘Lose You to Love Me’ and ‘Look at Her Now‘ [back-to-back],” Gomez said. “They [my record] were kind of nervous about it, because they didn’t want to take away from either song. I knew from the get-go that ‘Lose You to Love Me’ was going to be the bigger song, because I just felt it in my heart. I wanted people to take away that this was a journey and that it was completely closed. I don’t want people to see me as just sad and hurt. I didn’t want that anymore. I wanted people to know that I experienced something real, and that part of me is over.”

When making Rare, Gomez “focused on creating more songs that were lyrically about transformation and vulnerability and heartbreak. It felt like [the material] was really, really strong, and I was very happy about it. I think that becoming more involved than I ever have been [in the making of the album] helped me gain confidence and empowered me completely. I took control over what I was going to say, what I was going to do.”

The singer said that when she launched Lose You to Love Me and Look at Her Now, she told Ryan Seacrest that they were her last Bieber breakup songs. In March 2018, Gomez and Bieber split for the final time after being in an on-and-off relationship for nearly a decade. He dated Hailey Baldwin in June 2018, got engaged in July 2018 and got hitched in September 2018.

“These two songs were me wrapping up a chapter in a pretty little bow,” she told Seacrest in October 2019. “And the rest of the album is just all about where I am now and where I’m going so in my opinion, these are great songs, but I’ve saved the best for later.”