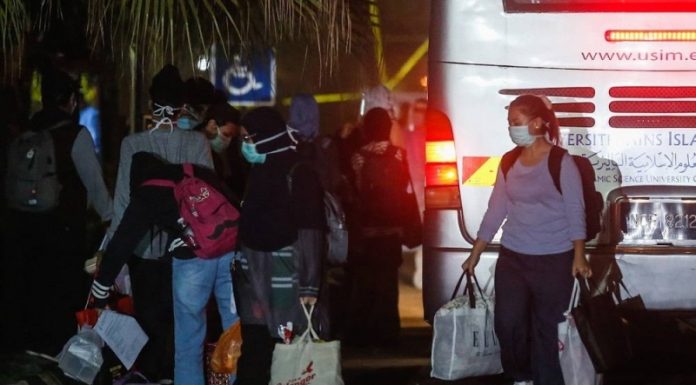 He reportedly recommended that postal voting be expanded to include students who are unable to return to vote in the 16th general election, similar to the process accorded Malaysian students abroad.

“Students who are unable to return to vote are eligible to apply for the postal vote. The process and procedure of sending them the postal ballot is the same as what has been used for overseas students.

“For this to happen, the fine details should be studied as the EC has the methods and expertise to implement it. The principles remain the same: the postal ballot must be sent to the relevant managing officer by 5pm of the polling day,” he was quoted as saying.

The EC has methods for early polling and postal voting to ensure people get to exercise their right to vote despite being unable to vote on the polling day itself, he reportedly said.

The main justification for early polling and postal voting is for the police and members of the army, as they are two branches with the responsibility of ensuring the safety and peace of the public during polling day, he went on to explain.

Meanwhile, political analyst Mohd Izani Mohd Zain reportedly said that the EC could administer polling within campuses to ensure that students can cast their ballots without being burdened by financial concerns.

This would also mean that these students need not worry about returning home, while higher education institutions would not need to organise the sending off and picking up of their students, he reportedly explained.

“This measure will reduce costs for higher education institutions and students. It is only that the opening of a polling centre needs proper preparation,” he was quoted as saying.