International Ukrainian ambassador to Japan poses as Samurai to deliver serious message to... 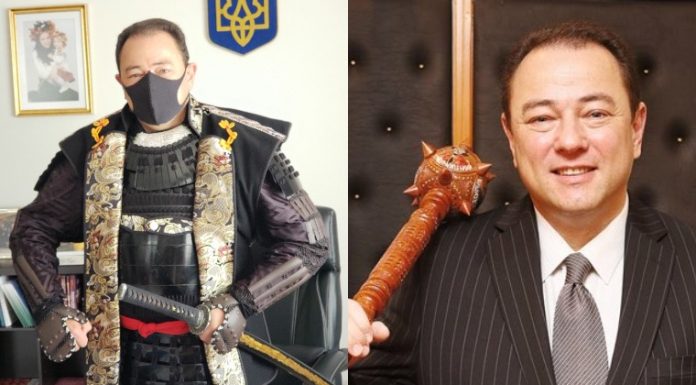 The Ukrainian diplomat’s earlier post is trending in social media again in the wake of Russia declaring war in Ukraine.

A Ukrainian diplomat on 16 February, adopted a novel method to show his country`s defiance of Russia. Ukraine’s ambassador to Japan Sergiy Korsunsky last week tweeted an image of himself as a traditional Japanese Samurai, complete with gloves and a Katana, the traditional curved sword favoured by Samurai.

Along with the impressive image, Korsunsky wrote in English and Japanese “We know what we are fighting for. How about Russia?”

Korsunsky`s tweet quickly attracted much attention, garnering over 2,000 retweets and more than 8,600 likes. The official handle of Ukraine’s embassy in Japan shared the image as did many journalists and diplomatic watchers.

In the wake of Russia declaring war on Ukraine, the ambassadors post is trending in social media once again. Along with some misinformation that Korsunsky is the Japanese ambassador to Ukraine.

The Japanese ambassador to Ukraine stayed in Kiev.

His great-grandfather’s samurai sword and traditional armor was delivered to him from Tokyo, Japan.

In a FB post, he declared that the samurai must protect the country in which he is!

“Glory to Japan! Glory to Ukraine!”

Interestingly, the Samurai pose is not the first time Korsunsky posed with a weapon. In October 2020, when he assumed office as ambassador to Japan, Korsunsky posed with what appeared to be a kanabo, a Japanese spiked club. Korsunsky then tweeted, “Hello everyone. Nice to meet you. This is Sergiy Korsunsky. I came to Japan as the Ambassador of Ukraine to Japan. Thank you very much.” The tweet garnered over 16,000 retweets and 45,000 likes!