On Saturday (Dec 18), Jonathan, Zhu Houren’s oldest son, had a midday wedding banquet at the Grand Hyatt Singapore. Only 10 people were invited to the exclusive event.

Zhu shared several photos from the wedding on Instagram, including the tea ceremony and marriage registration at the hotel. A picture of Zhu, his wife, Vera Hanitijo, and their younger son, actor Joel Choo, with the newlyweds, were included. 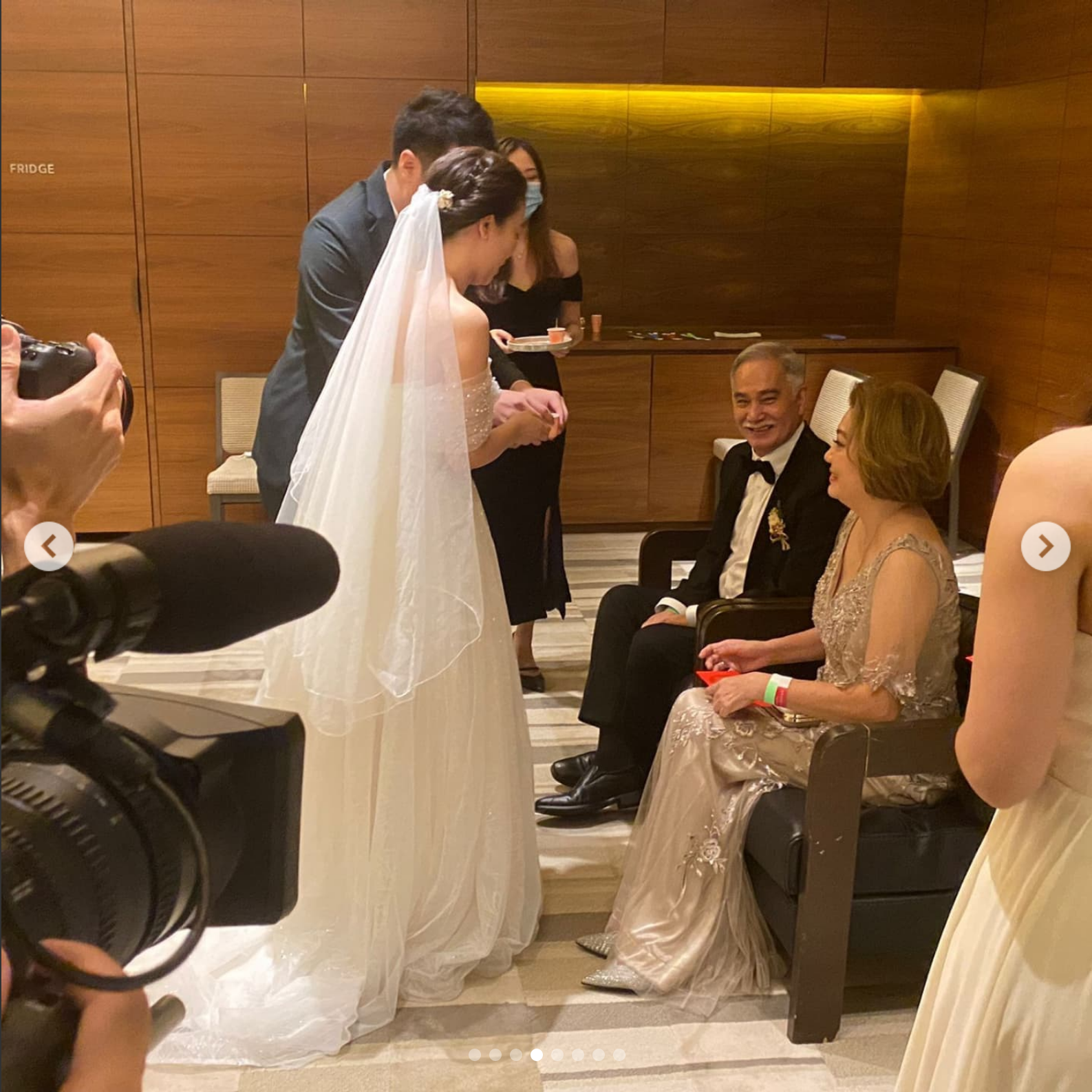 The groom and his wife, Violet, who is not from the entertainment industry, had known each other for a few years from church, according to The Straits Times via the Chinese-language daily Lianhe Zaobao.

The couple started going out when Jonathan returned from his graduation in Great Britain.

According to The Straits Times, Zhu, 66, stated on social media that due to Covid-19 restrictions, he was unable to invite many friends and family members.

Actor Chew Chor Meng and his wife, actress Aileen Tan and her husband, director Gerald Lee, and veteran actors Richard Low and Vincent Tee were among the 10 friends he invited.

“Chor Meng is an old friend, while Aileen and Gerald watched both my sons grow up,” Zhu explained to Zaobao, according to The Straits Times.

“Vincent has helped my son by acting in several short films directed by him. As for Richard, fate has often brought us together and his son also knows Jonathan.”

Lim Teck, the managing director of Clover Films, Tan’s eldest sister, the wedding solemniser, and his wife, were all in attendance. Zhu has already collaborated with Lim on several occasions. They collaborated on the upcoming Chinese New Year film, Reunion Dinner, as well.

The film’s producer is Lim, and it also stars Zhu and his younger son Joel. Zhu’s producing company used to employ Tan’s sister.

“I have many friends and would have liked to invite others such as Xiang Yun, Wang Yuqing, Zheng Geping, and Hong Huifang, but the plan was disrupted by the pandemic,” Zhu stated.

The banquet had only approximately 100 guests in attendance. According to Zhu, there were no performers, and the newlyweds doubled as emcees.

The newlyweds will spend their honeymoon in Singapore, according to Zhu, at Marina Bay Sands and a five-star hotel on Sentosa Island. /TISG