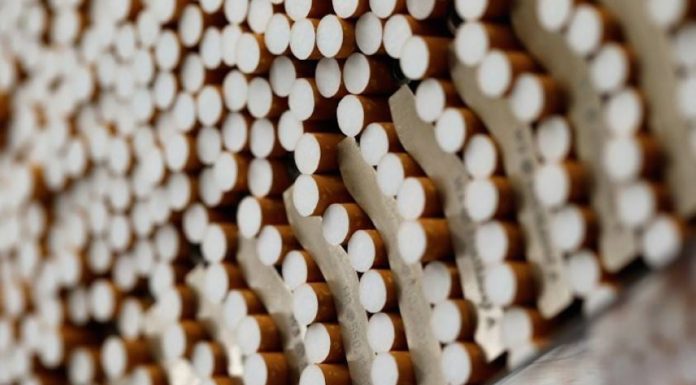 KUALA LUMPUR, Sept. 27 — In a growing wave of protest, more and more Malaysians have joined in the call to stop the Control of Tobacco Product and Smoking Bill 2022’s Generational End Game (GEG).

Many businesses, entrepreneurs, consumers, lawyers and even politicians are worried about the implications of the GEG and petition platform Malaysia Bersuara most recently collected over 640,000 signatures of people who are equally concerned.

The GEG mandates against the sale of cigarettes and tobacco products to those born from the year 2007 onwards.

The argument against GEG includes concerns that this will only encourage black market products and the criminalisation of the future generation.

But the biggest issue – even among anti-smokers – is GEG’s impact on the consumer’s legal right to choose.

Tun Zaki Tun Azmi, the sixth Chief Justice of Malaysia, voiced his worries in an open letter, as “several provisions touch on matters of rights protected by the Federal Constitution in a manner that is deeply troubling for many.”

He singled out Article 8 of the Federal Constitution, explaining that it should be interpreted as the law having to “operate alike on all persons under like circumstances”, rather than “all persons must be treated alike.”

He added that “the State has the right to use age as a criterion for classification under the law, and everyday Malaysians may be familiar with these through the minimum age for marriage, voting, liability of crime and capacity to contract. Although the State does limit these abilities through an age prerequisite, it acts as a temporary gatekeeper as opposed to the Bill’s permanent prohibition with the GEG.”

The Malaysians And GEG

Datuk Seri Panglima Wilfred Madius Tangau, the Tuaran MP and a member of the Parliamentary Special Select Committee (PSSC) responsible for reviewing the GEG, highlighted his concerns in a series of tweets.

He said, “As a member of the Parliamentary Select Committee on the Control of Tobacco Product and Smoking Bill 2022, I have raised the constitutionality of the Bill. Will the Bill survive a constitutional legal challenge from those born in 2007?

“The question is should a constitutional legal challenge be initiated especially by those born in 2007 and after, and if they (are successful) to get the court to declare that the Bill is unconstitutional then the drafting and tabling of the Bill will be a waste of time.”

The tweet seems to point to the fact that the PSSC is divided over the controversial GEG proposal. There is only one more week left before Parliament recommences and the Bill tabled again to the lawmakers.

Major retail chain operators, petrol marts and sundry shops complained that they were never briefed nor consulted before the GEG was drafted, although they will be the ones forced to implement the policy if approved.

In a poll conducted by a local think-tank, 86 per cent of the over 150 retailers surveyed said that the GEG “would add complexity to their business.”

What is more, they believe the GEG will not stop smoking as these young people will either resort to illegal cigarettes (89 per cent), get someone “legitimate” to purchase cigarettes for them (70 per cent), or perhaps turn to other dangerous substances such as drugs (34 per cent).

They urged the government to address concerns related to the GEG, which they said can impact their livelihood.

MSCSPGA President Wong Teu Hoon said “We are supportive of MoH’s agenda in reducing the number of smokers in Malaysia.

“However, we strongly believe any new measures should be carefully evaluated when it has a socio-economic impact. A comprehensive consultation, briefing and impact study should be carried out with retailers to improve the GEG Bill.”

J. Suresh, the president of PRIMAS, said the government probably does not have enough manpower to control and inspect every tobacco-based product purchase.

“Therefore, we (retailers) automatically become the frontliners in the implementation of the GEG Bill.”

“Let’s not forget the issue of asking for identity cards (MyKad). We are afraid that this will lead to arguments and unpleasant situations in our outlets which any coffee shop owner knows is bad for business.

Back in August, there were reports of an end-to-end digital tracking system called Tobacco Track and Trace (TTT) that may be introduced as part of the new law to check tracked products distributed from the factory to consumers.

Two Malaysian companies, Green Packet Bhd and Privasia Technology Bhd have since denied trying to get the Health Ministry’s approval for a digital tracking system.