Superstar Jennifer Lopez has mysteriously deleted her Instagram account recently. The account, which had 226 million followers is now a blank page and the profile picture has been changed to a black circle. The singer-actress also went dark on her other social media accounts such as Twitter and TikTok but her previous posts on those accounts remained. 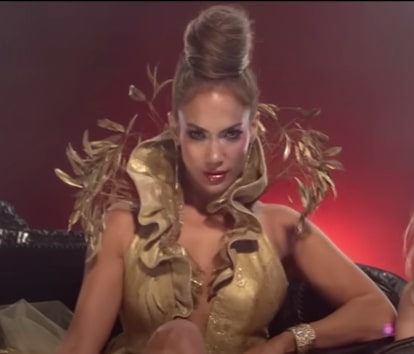 It is believed that maybe Jennifer Lopez might want to make a major announcement, as other celebs have done such a move with their social media accounts. The star has some upcoming projects scheduled for release next year such as romantic comedy Shotgun Wedding and May Netflix thriller The Mother.

Lopez spent two romantic weddings and honeymoons with Ben Affleck this past summer. Last month the couple made their red-carpet debut as a married couple at the Ralph Lauren spring/summer 2023 runway show in San Marino California.

Born on July 24, 1969, Jennifer Lopez, also known as J.Lo is an American singer, actress and dancer. She was a Fly Girl dancer on the sketch comedy TV series In Living Colour in 1991 where she was a regular until she decided to pursue an acting career in 1993.

Lopez became the first Hispanic actress to earn over US$1 million for a film for her first leading role in Selena (1997). Following that, she went on to star in Anaconda (1997) and Out of Sight (1998), establishing herself as the highest-paid Hispanic actress in Hollywood.

She then moved into the music industry with her debut studio album On the 6 (1999). The album helped propel the Latin pop movement in American music. Lopez then starred in the psychological horror The Cell (2000).

Jennifer Lopez also founded an American lifestyle brand called J.Lo by Jennifer Lopez. In 2001, she released her debut fragrance Glow. Following that, the collection expanded to include clothing, watches, accessories, bedding and perfume, becoming a huge success in the United States and international markets.

Her clothing has been exclusively sold at Kohl’s in the US and at Coppel in Mexico since 2010. She partnered on a shoe collection with Giuseppe Zanotti in 2017. Two years later, she released a footwear collection for Designer Shoe Warehouse.