EntertainmentCelebrityHere is a list with pictures of the hottest Korean celebrities

Here is a list with pictures of the hottest Korean celebrities Here is the list of the hottest Korean celebrities and we have the pictures of each one of the individuals we believe are on top.

It is no doubt that South Korean celebrities are blessed with good looks. Of course, there is always a debate about whether they have gone under the knife before. That being said, having eye candy is never an issue so here is a list of good-looking Korean actors and actresses. Lee Soo Hyuk started his showbiz career in modelling even though his first passion is in acting. His real name is Lee Hyuk Soo. The model turned actor had a successful modelling career, appearing on catwalks internationally. Since then he has also starred in several dramas and movies, with the latest drama being Tomorrow. No wonder he is our number one in the hottest celebrities list. Appearing in popular Korean dramas such as Healer, K2 and Backstreet Rookie, Ji Chang Wook is a versatile actor who can play almost any role. He started his showbiz career in musical theatre. Ji won the “New Star Award” at the SBS Drama Awards for Honorable Baek Dong-soo. Known originally as Kim Yoon-hwan, Kang Tae Oh is an actor and singer. He is part of the actor group, 5urprise. A fresh face in showbiz, Kang starred in My First First Love, Run On and most recently Extraordinary Attorney Woo. 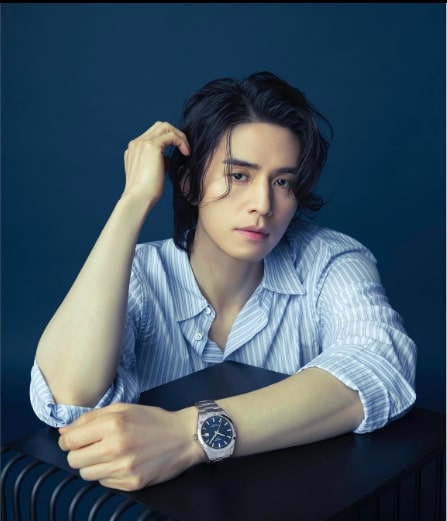 This handsome actor rose to popularity after acting in the fantasy drama Goblin alongside Kim Go Eun and Gong Yoo. Besides acting, he is also active in hosting, modelling and entertaining. His latest roles include Tale of the Nine-Tailed and Bad and Crazy. Well, she is probably the hottest girl actress around! Kim Go Eun became popular after starring in Goblin. She also starred opposite Korean heartthrob Lee Min Ho in The King, Eternal Monarch. The actress recently acted in Yumi Cells and the sequel. Her current drama that is airing in Netflix is Little Women. Known for her good looks and awesome acting skills, the actress started her career acting in the sitcom Potato Star 2013QR3. Seo also acted in Diary of a Night Watchman (2014), thriller Last (2015) and fantasy Moorim School: Saga of the Brave (2016). Following that Seo starred in television series such as Save Me (2017), and Lawless Lawyer (2018). She became popular with the romantic comedy It’s Okay to Not Be Okay (2020). With an innocent baby face, Han So Hee is becoming one of South Korea’s popular actresses, landing many roles. In 2020, she played a mistress in The World of the Married where she gained prominence. The actress and model also starred in Money Flower (2017), 100 Days My Prince (2018) and Abyss (2019). Han starred in Nevertheless and My Name as the lead actress.