Since Independence, no PM has discussed Parliament dissolution with Cabinet, says Wan Junaidi 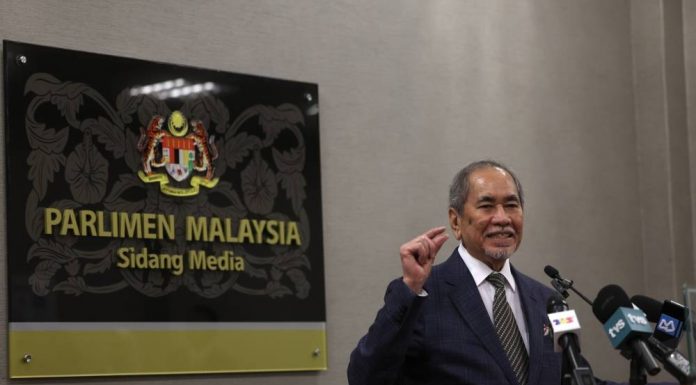 He added, however, that the decision to dissolve Parliament rests with the Yang di-Pertuan Agong giving his consent.

“Since Malaya achieved its independence in 1957, the prime minister has never had discussions with the Cabinet.

“No date has been stated – at least the idea had been discussed,” Wan Junaidi told reporters during a press conference at the Parliament building here today.

“That is why if we look at the practice since 1957 until 1963, the prime minister has never discussed with anyone to seek an audience with the King apart from certain leaders,” he said, referring to discussions between the prime minister and Cabinet before a decision is made to dissolve Parliament.

Wan Junaidi reminded that in this context, any decision would be at the prime minister’s discretion as he is first among equals.

Earlier today, Prime Minister Datuk Seri Ismail Sabri Yaakob said the decision to propose the dissolution of Parliament to pave the way for a general election is the prime minister’s prerogative.

He said other political parties have no say in the matter, and that the dissolution of Parliament was never discussed openly in the past.

On the other hand, on Sunday, Pribumi Bersatu Malaysia (Bersatu) secretary-general Datuk Seri Hamzah Zainudin reportedly told Berita Harian that the decision to dissolve Parliament to pave the way for a general election must take into account the views of those in the Cabinet.

Hamzah cited the Federal Constitution, saying that the prime minister may advise that the Yang di-Pertuan Agong dissolve Parliament after consulting his Cabinet colleagues.