UncategorizedRoger Federer prepares for his retirement and final tournament

Roger Federer prepares for his retirement and final tournament 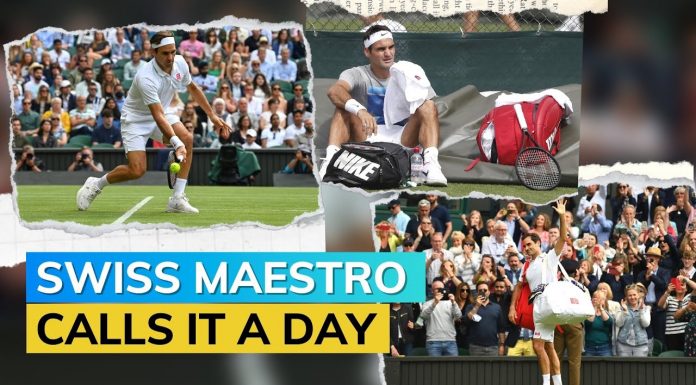 Tennis legend Roger Federer announced his retirement recently much to the disappointment of tennis fans around the world and possibly to the excitement of his competition.

After dominating the tennis court for two decades, Federer said he was pretty much done at 41.

“I am 41 years old; I have played more than 1,500 matches over 24 years. Tennis has treated me more generously than I ever would have dreamed, and now I must recognize when it is time to end my competitive career.”

Speaking at a press conference on September 21 at London’s O2 Arena, Federer said the doubles match on Friday night (23 September) would mark the last time he sets foot on the tennis court as a professional player.

He also said it was quite possible that he would end up partnering old rival Rafael Nadal.

“And I know it’s going to be a crazy stadium with unbelievable fans, with the team there. But of course, if it were to be Rafa. I find it quite ironic that it would be the two of us playing my last match. We’ll see how it goes.”

The pair last played doubles together at the Laver Cup in Prague in 2017.

“I think it could be quite a unique situation if it were to happen, for as long as we battled together to having always this respect for one another, the families, our coaching teams. We always got along really well.

“For us as well to go through a career that we both have had and to come out on the other side and being able to have a nice relationship, I think is maybe a great message as well, to not just tennis but sports and maybe even beyond. For that reason I think it would be great.”

The tennis champion said he was happy to end his career in London as he had fond memories.

“I’m happy to do it here in London. Thinking about it, this city has been special to me. Maybe the most special place with Wimbledon down the road and here at The O2. Having played here and qualified for so many years and won here as well. I just thought it was very fitting. I have always enjoyed the crowds here as well.”

Federer will be watched by millions worldwide as he plays his last match at the O2 Arena in London.

Read More News: The Big Four are reunited at The O2