Jakarta — The black box recorders from an Indonesian passenger plane that crashed into the sea shortly after take-off on Saturday (Jan 9) have been located, according to officials. Divers are now closing in on them.

The Sriwijaya Air plane had taken off at 2.36 pm from Jakarta airport for the city of Pontianak in Indonesian Borneo. There were 62 passengers and crew on board. The passengers included 10 children and babies.

The last contact with the plane, with the call sign SJY182, was precisely four minutes later, said Indonesia’s Transport Ministry.

The head of the national search and rescue agency, Air Marshal Bagus Puruhito, noted that the aircraft did not send a distress signal before disappearing from radar.

Data from FlightRadar24, a flight tracker website, indicated the aircraft reached an altitude of nearly 11,000 feet (3,350 metres) before plunging to 25 feet (about 8 metres) in less than a minute. It was at this point that the aircraft lost touch with air traffic control.

The update that the black boxes had been located was provided on Sunday (Jan 10) by Mr Soerjanto Tjahjono, the head of Indonesia’s transport safety committee.

“We have located the position of the black boxes, both of them,” he said, according to AFP. “Divers will start looking for them now, and hopefully it won’t be long before we get them.”

The two black boxes, which are the flight data recorder and cockpit voice recorder, could provide vital information in air accident investigations.

Meanwhile, bbc.com reported that two bags had also been received from the search and rescue agency. One contained passengers’ belongings, while the other was filled with human remains, said Jakarta police spokesman Yusri Yunus.

“We are still identifying the items,” he added. The police have asked families of the victims to provide DNA samples and dental records to assist in identifying the remains.

It has been reported that there is no hope of anyone surviving the crash.

Among the passengers were Mr Ihsan Adhlan Hakim and his new bride Putri. There was a wedding celebration awaiting the newlyweds in Pontianak.

Mr Hakim had called his brother to say the flight was delayed due to bad weather. “That was the last time I had contact with him,” his brother told journalists.

Also on the flight were Mr Dan Razanah and his wife Beben Sofian, who “took a selfie and sent it to their children before taking off”, a nephew told AFP.

Another individual, Mr Yaman Zai, lost his wife and three children. “(My wife) sent me a picture of the baby… How could my heart not be torn into pieces?”

While the Indonesian carrier has not recorded a fatal crash since it began operations in 2003, the latest incident has added to the string of disasters that have marred the country’s aviation sector.

It has long suffered from safety concerns leading to its airlines once being banned from entering the US and European air space.

In 2014, an AirAsia plane headed from Surabaya to Singapore crashed with 162 passengers and crew on board.

A year later, more than 140 people were killed when a military plane crashed shortly after take-off from Medan in Sumatra island. /TISG “I was… in control of the game.” Lakshya Sen on how he defeated Loh Kean Yew at the India Open 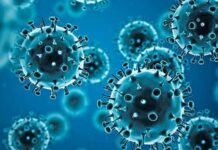 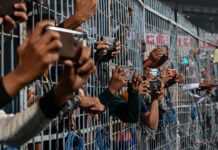