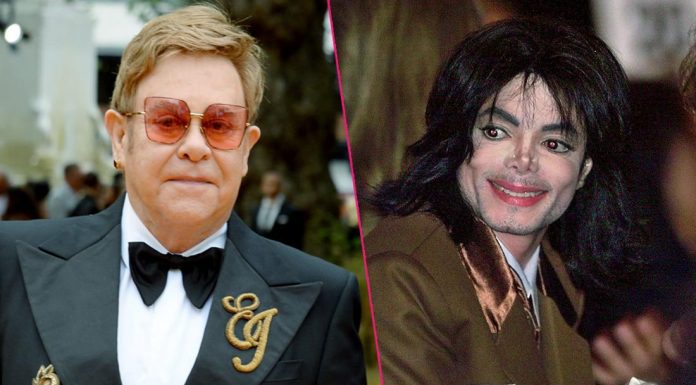 In his new autobiography titled Me:Elton John, the superstar singer makes some startling revelations including one about Michael Jackson saying that he was mentally ill and a disturbing person to be around.

“I’d known Michael since he was 13 or 14, He was just the most adorable kid you could imagine. But at some point in the intervening years, he started sequestering himself away from the world and away from reality, the way Elvis Presley did.

“God know what was going on in his head, and God knows what prescription drugs he was being pumped full of, but every time I saw him in his later years I came away thinking that poor guy had totally lost his marbles. I don’t mean that in the lighthearted way. He was genuinely mentally ill, a disturbing person to be around,” reads an excerpt from the book.

In the book Elton John also talks about Jackson’s strange preoccupation with children but doesn’t bring up the allegations of inappropriate behavior.

John described a time in the mid-1990s when his mum met his future husband David Furnish for the first time. Michael Jackson was also a guest at the lunch.

John said the lunch event was such a strange one as a result of inviting Jackson.

“It was a sunny day and we had to sit indoors with the curtains drawn because of Michael’s vitiligo. The poor guy looked awful, really frail and ill. He was wearing make-up that looked like it had been applied by a maniac: it was all over the place. His nose was covered with a sticking plaster which kept what was left of it attached to his face. He sat there, not really saying anything, just giving off waves of discomfort the way some people give off an air of confidence.

I somehow got the impression he hadn’t eaten a meal around other people for a very long time. Certainly, he wouldn’t eat anything we served up. He brought his own chef with him, but didn’t eat anything he made, either.

After a while, he finally got up from the table without a word and disappeared. We finally found him, two hours later, in a cottage in the grounds of Woodside [John’s house] where my housekeeper lived: she was sitting there, watching Michael Jackson quietly playing video games with her eleven-year-old son. For whatever reason, he couldn’t seem to cope with adult company at all.”

John feels that what tipped Jackson over the edge was wanting to make an album bigger than Thriller which never happened.

Jackson was then investigated for child molestation charges in 1993 and later entered rehab for an addiction to painkillers. He died with a high level of sleeping pills, Propofol in his body.