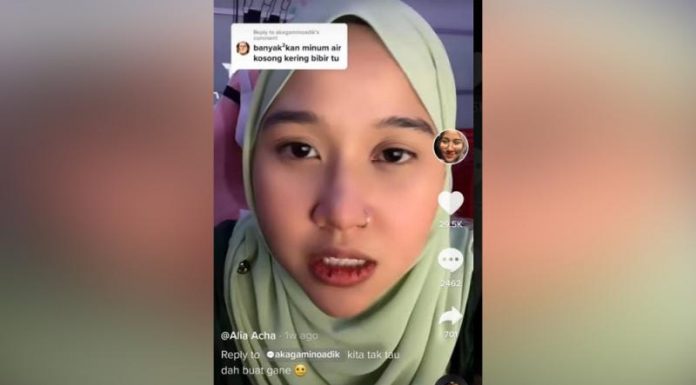 A pornographic video that went viral in Malaysia has traumatised a girl in a green scarf and she has reported the video to the local police.

The student filed the police report after one of her Tik Tok videos was edited and compared to an individual in a pornographic video known as a “green veiled girl.”

In her original video, she appears with dry lips and many were commenting on it.

“I feel ashamed and want to take action against the individual and further action,” she said in the police report.

Nur Alia Mohd Acha is 21 and is from Melaka. She went to a police station in the state to make the police report on Jan 31.

Though the person who edited the video had deleted it and apologised to Alia, she told Malaysiakini she felt ‘traumatised’ by the incident.

Her shock is not over after making the police report because despite wearing a headscarf, she became the victim of sexual harassment.